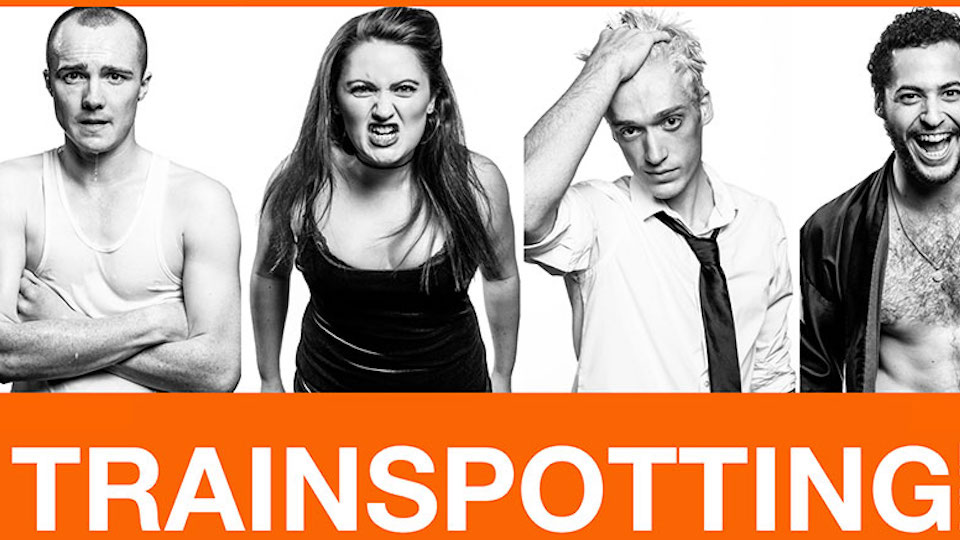 Trainspotting Live captures the passion and the controversy of the famous novel, then globally successful film, and repackages it into a full-throttle show where the audience are literally part of the action, including the notorious ‘Worst Toilet in Scotland’ scene.

Touring the UK from March 2019, Trainspotting Live is a no-holds-barred immersive, in-yer-face theatre production. Against a dynamic soundscape of 80s dance music, the stories of a group of friends navigating the Edinburgh heroin scene – Renton, Tommy, Sick Boy, Begbie and Alison – are brought to life with humour, poetry and provocatively graphic scenes.

For their acclaimed revival, which has been seen in London, New York, and across five sell-out Edinburgh Fringe seasons, Scottish company In Your Face Theatre’s cast have created a snappy and vibrant affirmation of the power and humour of the piece. Avid fans won’t want to miss this, and if you’ve never read the book or seen Danny Boyle’s iconic, generation-defining Trainspotting film… this is your ticket to a ride you won’t soon forget. Choose life.

Cast and further dates to be announced.