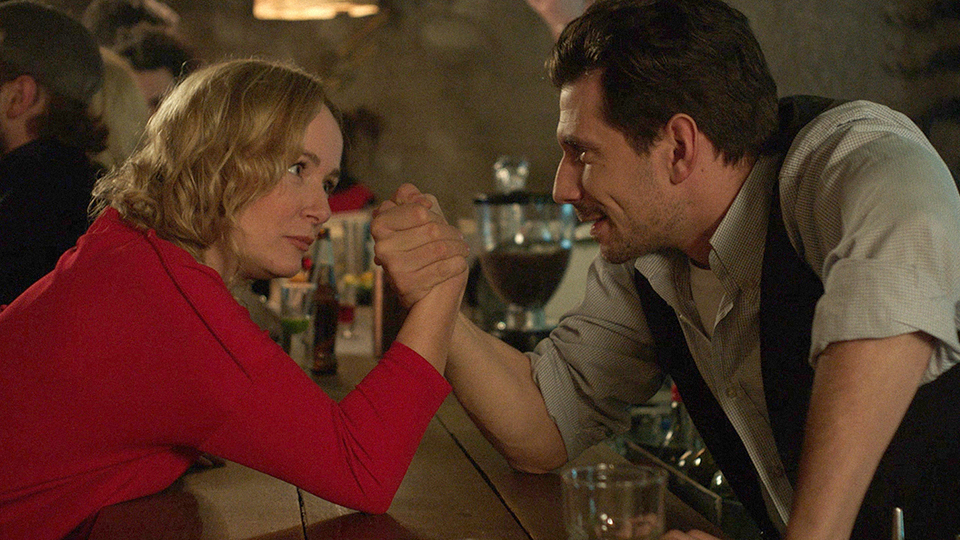 Bekim (Alban Ukaj) and Anita (Adriana Matoshi) are two weeks away from getting married and hopeful that they may have some positive news about Anita’s family who have been missing since the 1999 Kosovo War. As Bekim’s controlling family take over preparations, the wedding is thrown a curveball when his friend, and former lover, Nol (Genc Salihu) arrives unexpectedly. Anita has no clue that Bekim has been in a same-sex relationship and initially thinks nothing of it but soon the effect of having Nol back in his life causes Bekim to act differently. Will Bekim and Anita make it down the aisle or will Nol’s arrival call a halt to everything?

The Marriage is Blerta Zeqiri’s second feature film and it was Kosovo’s official 2018 Oscar entry. The film is bold and brave given the climate in Kosovo towards homosexuality. That having being said, I didn’t feel that enough is done to get under the skin of both Bekim and Nol. From the moment Nol turns up you know it’s a matter of when, not if, the two men are going to rekindle their romance and the film doesn’t really explore the difficulties or struggles that LGBT people go through. In fact the relationship between the two men, whilst undeniably complicated, seems to progress far easier than you’d expect it would.

Where the film does excel is with the character of Anita. She starts off being completely oblivious to the real connection between Bekim and Nol but as the film progresses she starts to suspect that something may be wrong leading up to the wedding. Interestingly she, like Bekim and Nol, is also searching for her identity and what she wants from her life and you get the impression that marrying Bekim isn’t a decision she’s put all that much thought into.

The Marriage suffers from a narrative that jumps all over the place. Often the story jumps back into the past but it’s not always clear. In fact it was a little confusing at times and made the film feel disjointed. I have to admit that I did find myself looking at my watch several times, particularly in the middle of the film, as it struggled to hold my interest.

The performances across the board are good. Alban Ukaj is the standout as Bekim but he would have had more material to work with had the character gone through a struggle. Aside from a brief bit of panic, he doesn’t seem to really care that he’s jeopardising his impending marriage to reconnect with an old flame. Genc Salihu, who is a very famous musician in Kosovo, clearly has fun playing the meddlesome Nol but again his character isn’t really rounded out enough for you to root for him to win Bekim back.

The Marriage addresses some very serious and topical issues but for me it needed to go much further than surface deep. I was surprised at just how shallow a film it was, especially given how much material there should have been to draw on. The attempt to tie the narrative into the country’s history is interesting but it never really leads anywhere. At the end of the film I felt disappointed as I’d expected the film to take me through a range of emotions and sadly it just didn’t.