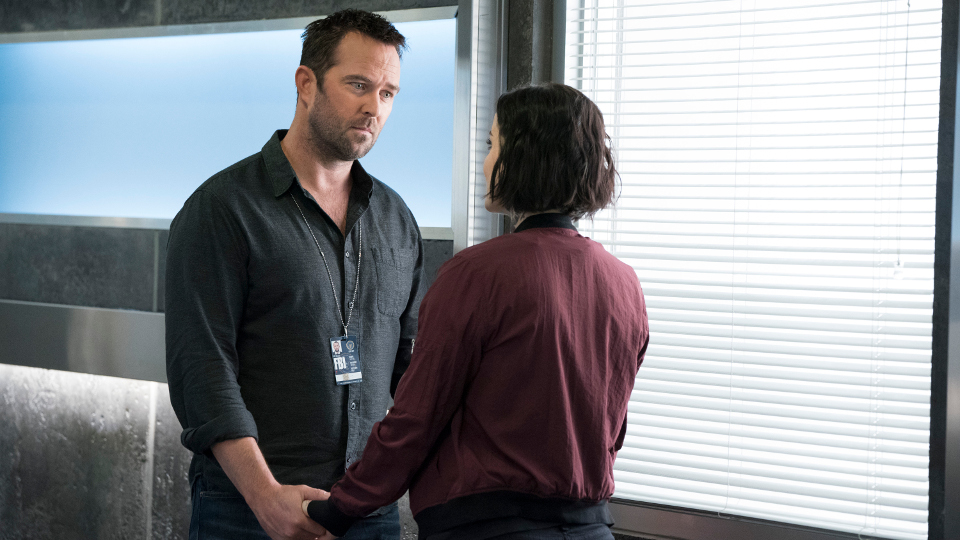 On the last episode of Blindspot, Madeline Burke (Mary Elizabeth Mastrantonio) made a move for Reade (Rob Brown).

Rich (Ennis Esmer) solved another tattoo with the help of Weller (Sullivan Stapleton). This led them to an abandoned asylum where they found a room of creepy dolls. They took them back to the FBI for analysis and discovered they were carrying a biochemical weapon.

The FBI was put on lockdown to contain the weapon while a specialist team was brought in to help. However, the guy in charge of the team was found to be the culprit and was using the situation to test more chemicals on the FBI staff. As usual Jane’s (Jaimie Alexander) life was in danger and Weller saved the day.

Elsewhere, Jane sought the help of Boston (Josh Dean) by pretending he was auditioning for the FBI as a hacker. The arrangement saw her access files from the FBI that might lead to Shepherd.

Burke recruited a girl named Claudia (Britne Oldford) to go and torture Reade for information. Zapata (Audrey Esparza) suggested breaking into his apartment instead to get his FBI laptop. Remote access was disabled due to the lockdown so Claudia attacked Reade when he came home. He overpowered her but the episode ended with Zapata holding a gun to his head.

The promo for the next episode reveals that Zapata and Claudia interrogate Reade. He’s seen telling her that she swore an oath to protect people and she’s seen to say that now she’s taking what’s hers. She’s seen to strike Reade but we’re sure that she’s trying to maintain some kind of cover, probably for the CIA.

Jane is seen meeting again with the mystery woman. She’s heard to say find Weller and take him out, as that’s what she’s paying her for. The woman replies that she’s happy to take care of them and she’ll make it look like an accident.

Watch the Blindspot 4×05 promo trailer below:

A blast from Rich DotCom’s past sends the FBI team after a deadly terrorist plot.