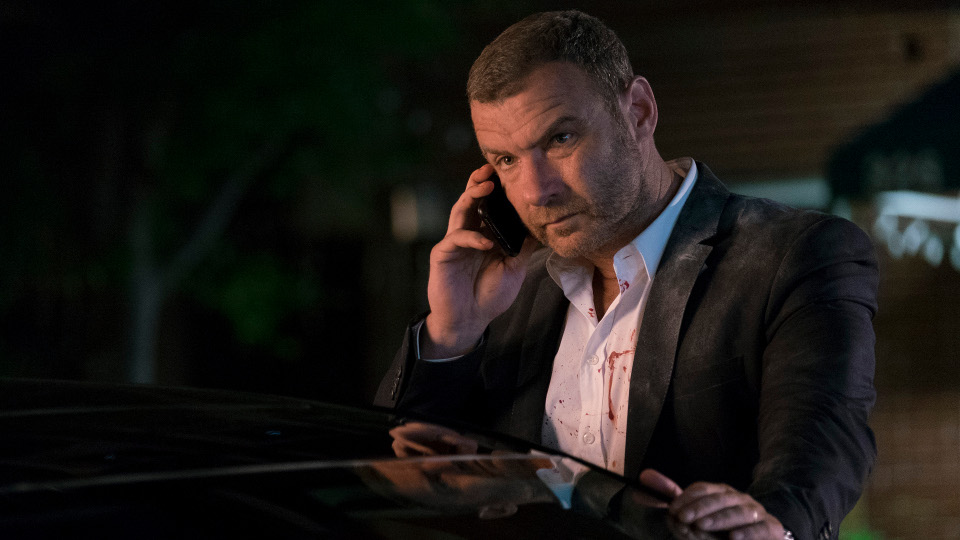 In the latest episode of Ray Donovan, Ray (Liev Schreiber) tried to spend some time with his son Conor (Devon Bagby).

The episode opened up with Chalky recovering from the beating that Ray and Smitty (Graham Rogers) gave him. His front door burst open and it was the cops. Ray had pulled a favour for Mac (Domenick Lombardozzi) to come and arrest him which should reduce the chances of anything coming back to Ray or Smitty.

Ray drove Smitty back home and on the way Smitty did his best to make small talk. He spoke of a time he remembered his father taking him out to Ellis Island. Ray isn’t one for words but he listened and it gave him an idea for how to spend his day with Conor.

When they arrived back at Smitty’s apartment Ray felt it was best that nothing was said about Chalky. Smitty said he didn’t like to lie to Bridget (Kerris Dorsey) but Ray pointed out that he’d done nothing but lie to her.

Their plan to keep quiet failed miserably because Bridget was waiting for them. It was impossible to hide that they had been up to something as they were still covered in Chalky’s blood. Bridget was mostly just pissed off at her father for involving Smitty. She didn’t realise that what Ray had done had probably saved her boyfriend’s life, again.

Later, Ray picked Conor up from the airport. He was visiting before being shipped off to Germany with the marines. Ray wanted Conor to go visit Ellis Island with him. Conor was only interested in visiting Daryll (Pooch Hall) on the set of Mister Lucky in the hope of meeting the female star.

Ray obliged but the set visit didn’t go great. Daryll had been banned from set by Jay White (Brian J. White). In his place was returning character Stu Feldman (Josh Pais) who wanted them off the set. Instead of spending the day with his father, Conor went to smoke weed and drink beer with Bridget and Smitty.

Ray decided to head out to Ellis Island on his own. There he met a young Irish girl and the pair got talking. She seemed a lot like Ray’s deceased wife Abby. Just when it looked like things were going well the girl disappeared. Could she have just been a hallucination?

Meanwhile, Mickey (Jon Voight) and Bunchy (Dash Mihok) were wondering what to do now their $3 million had been stolen by Aunt Sandy (Sandy Martin). As ever Mickey is just thinking about his next scheme and this time it involves robbing from the rich. Mickey’s sure this plan will work but Bunchy wasn’t convinced. The night before the job, Bunchy took his daughter Maria to his brother Terry (Eddie Marsan). he wouldn’t tell him what he and Mickey was up to but told him to call Teresa if he’s not back in 48 hours.

Later, Terry called Ray and the two got together to talk. Terry was annoyed that Ray hadn’t done more to talk sense into Bunchy. Ray wanted to know why Terry’s face was all busted up and Terry explained about the illegal fight he’d taken. Ray wasn’t happy because fighting could kill Terry due to the operation he had to put wires in his head to control his Parkinson’s.

Elsewhere in the episode, Sam (Susan Sarandon) needed Ray to find a way to boost Novak (Lola Glaudini) in the polls. Ray came up with an idea and called Lena (Katherine Moennig) and Daryll to help make it happen. He promised Daryll that doing what was needed would get him back on set.

Lena punched up her girlfriend Justine and then dressed her up in damaged clothes. She then sent her to a specific location. The place was under a bridge near where Novak would be jogging. As Novak was running past, Daryll pretended to attack Justine and then ran off when Novak intervened. It got her the media coverage they needed with Novak seen as a hero.

At the end of the episode, Ray went back to his apartment drunk. A knock at the door revealed Novak had come to see him. Ray wasn’t interested but she asked to be invited in and had a drink. She made an advance on Ray by kissing him. When he didn’t respond she tried again and drew blood from his lip. Ray responded by turning her around and having rough sex with her over his kitchen counter.

Can’t wait for the next episode? Read our preview of Ray Donovan – 6×06 A Girl Named Maria.