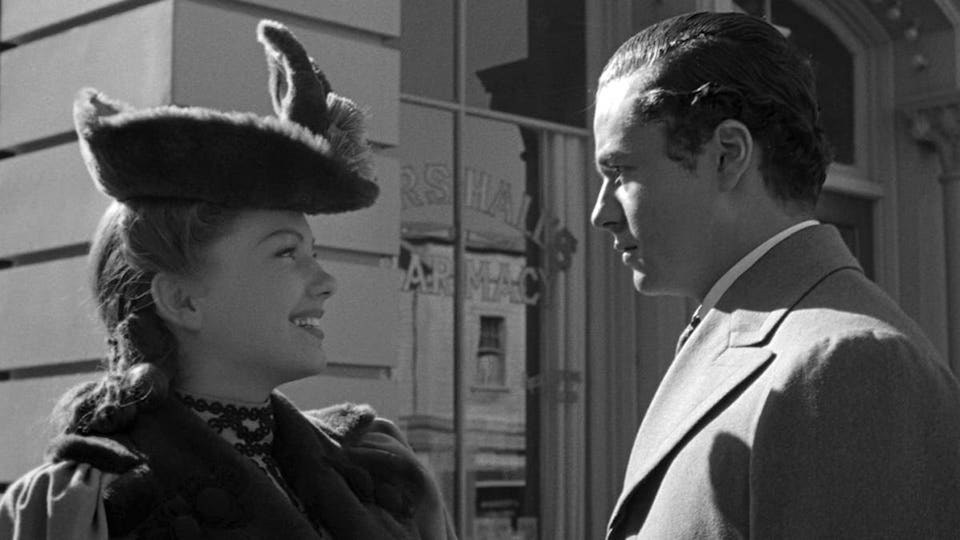 The Magnificent Ambersons is perhaps most well known for being one of the most mutilated films of all time. Orson Welles’s follow up to Citizen Kane was hacked to pieces by the studio, with reputedly over 40-minutes of the film excised and lost forever. It is now being re-released on Blu-ray by the Criterion Collection. However, if you were hoping for that lost material to have been magically conjured by the good folk at Criterion then I’m afraid you will be disappointed. It is surely lost forever.

What we have then is a beautifully restored edition of the 88-minute theatrical release. Welles’s film – adapted from Booth Tarkington’s Pulitzer Prize winning novel – tells the story of a wealthy Midwestern family over many decades. A far more personal film to him than Citizen Kane was, making the tragedy of the studio interference all the more painful.

We’ll unfortunately never know if it would have been an even greater masterpiece than his much-feted debut, but it is still a fascinating study of the decline of an aristocratic family, contrasted with the rapid social change of the early twentieth century. There are terrific performances from the cast, many of whom worked with Welles on Citizen Kane, but this is a film with much more heart, warmth, and humour.

However, just like Kane, the film is a visual master-class, dazzling us with incredible choreography between the camera, the lights, and the actors. Welles was reinventing the language of cinema, and showing the old boys of Hollywood what could really be done with this art form. No wonder they thought he was a cocky little upstart from back East.

The disc comes with two feature length commentaries. The first of which was recorded for the original Criterion release on laserdisc in 1986. It is with film scholar Robert Carringer, who discusses the various edits made to the film, and the missing footage. The second commentary track was recorded exclusively for this release and features James Naremore and Jonathan Rosenbaum, both of who are experts and authors of books about Welles.

There are new interviews with Simon Callow and Joseph McBride. Callow, best known as an actor, is also one of the foremost of Welles’s biographers. This 25-minute interview with Callow is full of insight, and reflects on how much The Magnificent Ambersons impacted the rest of Welles’s career. Joseph McBride, another scholar of Orson Welles, provides a great deal of background detail and historical context to the production of the film.

The disc also comes with a video essay from François Thomas, comparing the work of Stanley Cortez with the other cinematographers who worked on the film. There’s a further video essay from Christopher Husted, an expert and scholar on Bernard Hermann. In the essay he explores the relationship between the mangled film and what that meant to Hermann’s score.

One of my favourite things about the Criterion Collection is that they really go deep into the archives, and will often dig up full episodes of old chat shows where the stars or directors are interviewed. This disc has a full episode of The Dick Cavett Show from 1970, with Orson Welles and Jack Lemmon. Wonderful stuff.

Another fantastic bonus feature comes from the audio recordings made by Peter Bogdanovich in the late 60s and early 70s, when he extensively interviewed Welles for his book, This is Orson Welles. The disc contains excerpts of these interviews pertaining to The Magnificent Ambersons. There’s further audio special features courtesy of a recording of a 1979 AFI Symposium on Orson Welles.

Rounding out this fantastic collection of supplementary features is a two-reel segment from a 1925 silent film version of Booth Tarkington’s novel. There’s also two Orson Welles Radio Plays, which he adapted from Tarkington’s source material. The first is Seventeen, originally broadcast in 1938. The second is Welles’s Mercury Theatre adaptation of The Magnificent Ambersons.

Finally there is the original trailer, and the booklet with the disc comes with a collection of essays from critic Molly Haskell, and authors and critics Luc Sante, Geoffrey O’Brien, Farran Smith Nehme, and Jonathan Lethem. There are also excerpts from an unfinished 1982 memoir by Welles.