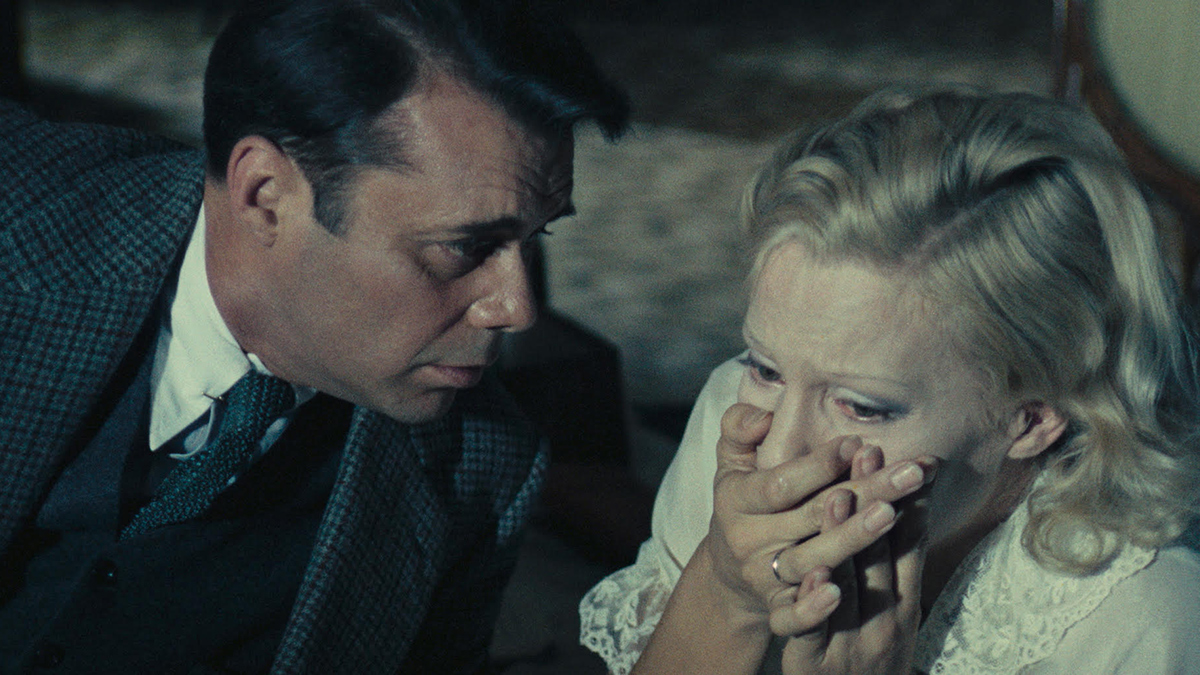 The film marked the first collaboration between Visconti and English star Dirk Bogarde. A few years later they would make the critically-acclaimed ‘Death in Venice’ together.

‘The Damned’ is set in Germany in the early 1930s just as Hitler has become Chancellor and a brutal ideology grips and fundamentally alters the nation. The film depicts the fictional Essenbeck family, wealthy industrialists and members of the old aristocracy. Their steelworks is of interest the Third Reich for its use in creating munitions. Yet the family is dysfunctional and riven with jealousies and distrust.

Mixing elements of ‘Atlas Shrugged’ and Shakespearean tragedy, Visconti’s movie depicts the inner squabbles, feuds, secrets and murders of a distinctly unpleasant elite, spanning just over two and a half hours. Using his signatures of extensive location work and immaculate attention to detail in period settings, costumes and props, ‘The Damned’ is certainly a feast for the eyes. However, the unrelenting nastiness of the movie leaves a bad taste in the mouth.

There are plenty of inferences made to historical characters – Dirk Bogarde and Ingrid Thulin as Friedrich Bruckmann and Sophie von Essenbeck, the heads of the dynasty, echo Adolf Hitler and Eva Braun as much as Claudius and Gertrude from Shakespeare’s ‘Hamlet’. Despite collaborating on a murder, they emerge as perhaps the most likeable of all of the characters. The ostensible star is Helmut Berger as Martin, who is a kind of sexually depraved Hamlet. Depicted cross-dressing and imitating Marlene Dietrich’s famous ‘The Blue Angel’ routine in the opening sequences, he later rapes children and his own mother, before fulfilling his destiny and becoming a fully-fledged member of the SS.

Although Visconti is undoubtedly a fine storyteller, the absence of a single redeeming main character can leave viewers feeling isolated. The running time, and use of long, lingering shots and protracted moments of quietude also contribute to a feeling that ‘The Damned’ starts to sag in the middle under its own weight. There is no reprieve for viewers, no levity to offer respite from the unremittingly bleak historical setting and nauseating characters. It’s hard to care too much about any of their fates (save for that of Charlotte Rampling’s Elizabeth). In his memoirs, Dirk Bogarde recorded how Visconti changed the script to allow his lover Helmut Berger more screen-time, which also meant less for Bogarde. Since Berger’s Martin is the most evil character (quite a feat when you consider that family member Aschenbach, played by Helmut Griem, is an actual SS officer), we spend most of the time following the complete moral collapse of an irredeemable monster.

Despite being heavy-going and unsubtle, ‘The Damned’ boasts many fine performances and memorable sequences. Although he had already made classics such as ‘The Servant’ and ‘Darling’, his collaboration with Visconti cemented Dirk Bogarde’s reputation as one of Britain’s finest screen actors and an art house cinema legend. He is perfectly cast opposite Swedish film star Ingrid Thulin. Charlotte Rampling (with whom Bogarde would later collaborate, with the same theme of sexual depravity among Nazis, in ‘The Night Porter’) is excellent if underused as the doomed wife of the steelwork’s vice-president, whose end mercifully occurs off-screen. The sequence that lingers in the memory after viewing is a meeting of the brownshirts at a hotel. It later descends into a gay orgy. This time Visconti’s languid shots of handsome young men, some in lingerie, adds to the sense of foreboding, that the time they are trying to hold back is about to spectacularly end. The arrival of the SS in the town provides the inevitable yet shocking interruption.

In the final analysis, ‘The Damned’ is one of those films one has to be in the mood for. Brilliant in parts, yet flawed and disjointed, its ideas laid on with a trowel, it’s impossible to emerge from it without feeling a degree of disgust. The relentless browbeating over the sexual immorality of the Nazis is also wearying. There is a great movie within the concept, but in its final execution, ‘The Damned’ impresses, appals and alienates in roughly equal measure.

The new 2K restoration is highly impressive – the colours even in low light are rich and vibrant, and the sound and picture quality is sharp and clean. Extras include an archive feature on the making of ‘The Damned’ which follows Visconti around as he is shooting the movie, and contemporary interviews with Helmut Berger, Ingrid Thulin and Charlotte Rampling. An up-to-date extra is a conversation with Italian film expert Stefano Albertini who offers incisive analysis of the film and its place in Visconti’s canon.