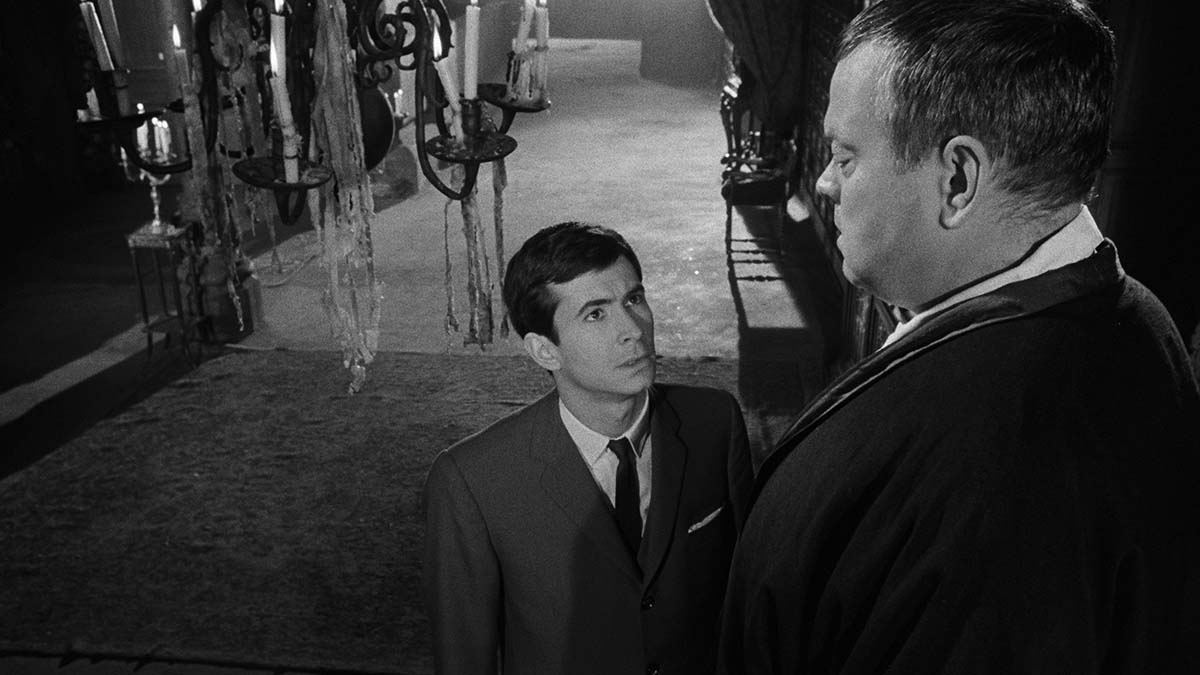 Whatever the ultimate assessment of Orson Welles’s variable yet often dazzling cinematic ouvre, there’s no doubt that the director of ‘Citizen Kane’, ‘The Magnificent Ambersons’ and ‘Touch of Evil’ continues to fascinate and enthral audiences.

‘The Trial’ was a project he made in 1962. Based on Franz Kafka’s celebrated novel, it concerns the nightmarish story of Josef K who is roused by the secret police one morning and accused of having committed an unspecified crime. K is later put on trial, still with no clear idea as to what law he stands accused of having broken. Now Studiocanal celebrates the 60th anniversary of the film by releasing it on 4K UHD as well as Blu-ray, DVD and digital.

Never a director to bow to the whims of studio executives, Welles was by this time used to making pictures with enormous restraints, mostly budgetary. So long as he could bring to life the film he wanted, he didn’t care. Shooting quickly and reacting to changing circumstances, ‘The Trial’ is the product of this chaotic but creative period of Welles’ career. When financial backing was not forthcoming, rather than abandon the project, he instead scrapped the studio sets he had designed and filmed many sequences inside a deserted Art Deco railway station in Paris (now the Musee d’Orsay) instead. The gloomy location, starkly caught on black and white film stock, affords the movie a ‘film noir’ flavour. However, it creates a fundamental shift from Kafka’s source text, which describes cramped buildings and offices.

One of the most interesting aspects of the film is in the casting of Anthony Perkins as Josef K. The legends that have grown up about the making of ‘The Trial’ suggest that Welles persuaded Perkins that K is “Guilty. Guilty as hell!” ‘The Trial’ was released only two years after Perkins’ career apotheosis, playing the disturbed killer Norman Bates in Alfred Hitchcock’s ‘Psycho’. That film was to prove a mixed blessing. It provided Perkins with cinematic immortality, as he starred in one of the greatest and most influential films of all time. But the gangly former Hollywood leading man was typecast forevermore as psychopaths and weirdos. When ‘The Trial’ was released, Perkins’s Norman Bates portrayal was still fresh in the minds of cinema audiences. There wasn’t a hope in hell he would convince as an innocent man wrongly convicted. Whether or not this hampers the film is up for debate, but it certainly influences the viewing experience.

Although uneasy with the way in which he was asked to play the part, Perkins was in awe of working with and starring alongside the legendary Orson Welles, and he later recounted the experience as a career highlight. Present in almost every scene, Perkins’ portrayal of Josef K is exactly what you might expect: awkward, twitchy, neurotic and slightly unhinged. In Perkins’ favour, he is exactly the right age to play the part, and utterly convincing as a paranoiac. As someone who’s always admired him as an actor, and endured a lot of rubbish to watch some of his later films, there is something poignant about his role in ‘The Trial’. Although he would collaborate three further times with Welles (they spent a lot of time together making ‘The Trial’ and became close), those films sank without trace, and, like much of Welles’ output, made no money at all. This one would be Perkins’ final film of any real significance, coming thirty years before the end of his career (when he died, aged 60, in 1992).

The rest of the cast comprises actors that Welles kept in his repertory company and could reliably call on at short notice. There are roles for Akim Tamiroff, Jeanne Moreau and Romy Schneider. You may also spot Michael Lonsdale, later a James Bond villain in ‘Moonraker’. Welles employs lip-synching and dubbing throughout, which is often noticeable but adds to the unreal, dream-like quality of the film.

When ‘The Trial’ was originally released, Welles expressed disappointment that critics and audiences alike failed to pick up on its humour. There aren’t any laugh-out-loud moments, but those that might pass as contenders feel more like exaggerations or heightened reality. Where Welles himself may be tilting towards humour in his performance as the Magistrate, he instead comes across as over the top. Jackie Gleason had been approached for the part but didn’t commit. Saving money, Welles played the role himself. The stark location filming at night in Zagreb, in what was then Yugoslavia (now Croatia), as Josef K helps his neighbour with her heavy suitcase, add to the gloomy atmosphere of the piece. Imposing brutalist Communist architecture provokes little jollity in the viewer. Nor do the strains of Albinoni’s Adagio, which recur throughout. ‘The Trial’ may in fact be the least funny film I’ve ever seen.

Despite the ‘guilty’ central performance and the end product misfiring on the director’s apparent intentions, ‘The Trial’ is a broadly coherent film and a fairly faithful adaptation of a notoriously ‘incomplete’ literary classic. The bookended illustrations of the accused man waiting at the imposing door is incredibly inventive, and foreshadows the events of the film. There is an iconic moment where Perkins reaches up for a handle on a door at least twice his height, so that he may access the trial room set to send him to his doom. Photography of Josef K in an attic room, being spied at like a circus freak through slats in the wooden frame, is memorably disturbing. Shadows against tunnel walls as figures flee recalls ‘The Third Man’, which Welles had starred in. ‘The Trial’ is imperfect, and a touch broad in parts, but it is also thought-provoking and troubling. It is the kind of film that, watched in company, provides plenty of substance for discussion and debate well into the wee small hours.

In the final analysis, although Orson Welles’s ‘The Trial’, is, as Perkins admitted in an interview in the last year of his life, “a bit of a mess”, it is nevertheless ambitious and inventive filmmaking on a shoestring budget that has a genius’s eye for cinema working steadfastly behind the camera. “The best film I have ever made,” Welles once claimed of ‘The Trial’. See it for yourself and decide. Any Orson Welles film intrigues viewers and deserves an audience. This restored 4K UHD release ensures that the black and white footage is as crisp as it has ever been, which brings out the best in the light and dark contrasts that Welles utilises so skilfully in his direction.

The stunning new restoration also comes with a new 53-minute documentary called ‘This is Orson Welles’. Interviews with modern day leading directors such as Martin Scorsese and Peter Bogdanovich are interspersed with archive footage of Welles talking about his work, and some clips of the Hollywood hills, where Welles never really felt at home. There’s also a brand new one-minute trailer.