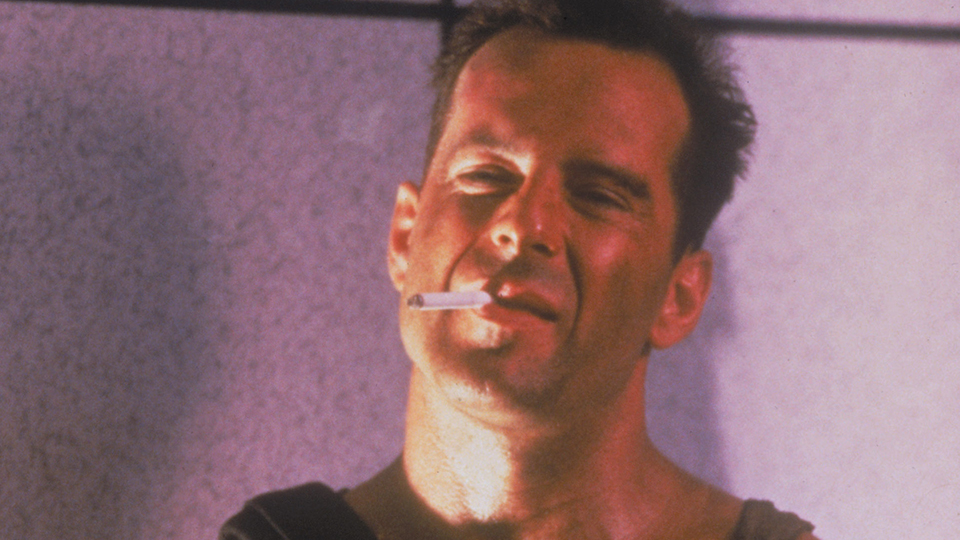 Over the course of our Christmas Movies A to Z we aim to bring you as diverse a collection of films as possible and our choice for D is sure to cause some debate.

Die Hard, the 1988 action-thriller starring Bruce Willis, is set during the Christmas period and that qualifies it for inclusion in this list. John McClane (Willis) hopes to reunite with his estranged wife Holly (Bonnie Bedelia) on Christmas Eve during her work Christmas party.

He arrives at the office block and after getting changed, he finds himself in the middle of a hostage situation when German terrorist Hans Gruber (Alan Rickman) and his men shut the building down and hold everyone captive. As they try to gain access to the building’s vault so they can steal the millions inside, McClane manages to slip away and uses his wits to outsmart and defeat them.

Die Hard is an absolute classic. It set the template for action films and all these years on, films are still taking inspiration from it (we’re looking at you Skyscraper starring Dwayne Johnson). This also marked a career-defining role for Willis, one that he’s revisited several times since, most recently in 2013’s A Good Day to Die Hard.

The original is still the best and it stands up to repeat viewings. It’s the epitome of Christmas viewing as you can grab some snacks, cosy up on the sofa and get lost in the pure entertainment it has to offer.

Pick up a copy of Die Hard from Amazon.

If you want something that’s going to make you laugh, you could always go for Deck the Halls starring Matthew Broderick, Danny DeVito, Kristin Davis and Kristin Chenoweth. The film sees two neighbours go to war over who can decorate their house in the most festive way.

In this article:Bruce Willis, Christmas Movies A to Z, Die Hard