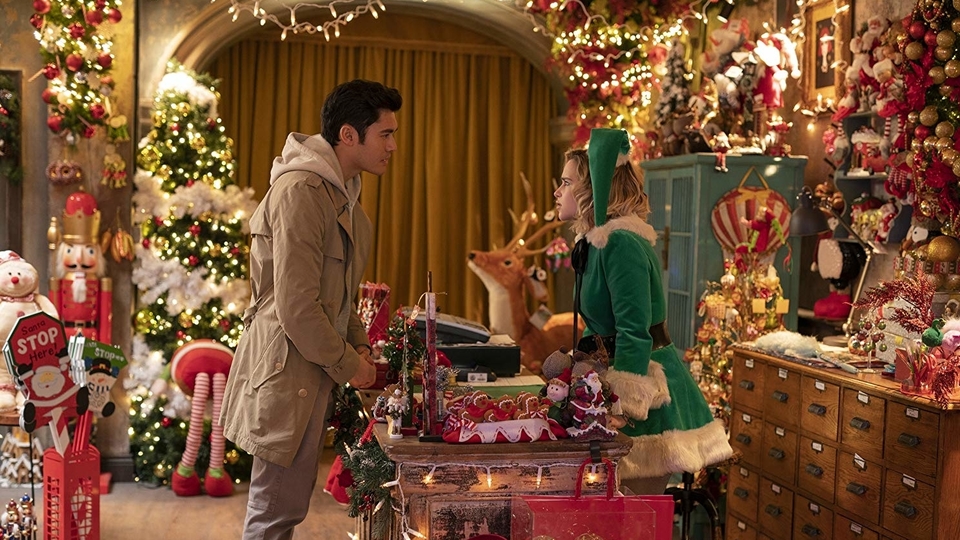 Can you believe it’s almost Christmas! The year seems to have flown by and now we get to rewatch all of those festive classics once again, in preparation for the big day itself.

Walking around London in December really gets you in the festive spirit. If the lights, weather and atmosphere still don’t do it for you, there are plenty of classic movies to enjoy over the Xmas period. With practically every Christmas movie hit being played in great and unusual venues across the capital, there’s plenty of scope to seek out your favourites for an unforgettable night out.

Be it Love Actually, Elf, Home Alone or perhaps a newer gem like Last Christmas; let’s take a look at the best Christmas films to enjoy in London this month.

The best rom-com Christmas movie of all time is a festive treat that always gets the crowds in. The film itself is a 5-star gem with Hugh Grant, Liam Neeson, Keira Knightley, Emma Thompson, the late Alan Rickman and a whole host of famous faces delivering a wonderfully feel-good experience. London has never looked so festive in Richard Curtis’ affecting ode to Christmas in the capital. It’s screening practically everywhere, but The Clapham Grand are doing a special drink-along movie night. It could get messy, but who doesn’t want to take a triumphant shot of alcohol when Hugh Grant’s UK prime minister puts the US president Billy Bob Thornton in his place?! Check out www.designmynight.com/london/clubs/clapham/the-clapham-grand/love-actually-drink-along-movie-nights for all the ticket details.

A film co-written by Brit royalty Emma Thompson, with two of the hottest leads working in film today (Emilia Clarke and Henry Golding), the director of Bridesmaids at the helm, and it uses a Christmas musical classic by Wham! as the inspiration for its story – what could go wrong?! Well, Last Christmas isn’t the slam-dunk success that it should have been, but there’s undeniable charm and seasonal goodwill to be found in this light and breezy rom-com. Emilia Clarke plays Kate, a young woman who’s getting over a trauma that left her in hospital. Since her life-changing operation, she hasn’t felt quite right and is coasting through life in a non-committal way. Then one day, Kate meets a slightly odd man named Tom (Henry Golding) outside her work and they instantly hit it off. Could Tom be the Christmas miracle she needs to get her life back on track?

Check out our full review of Last Christmas

The Grinch – The Luna Winter Cinema

Not content with ruling the summer film market, those clever souls at The Luna Cinema have been hard at work bringing The Luna Winter Cinema to the masses this December. They are delivering a great roster of seasonal classics to a gorgeous London location – Kensington Palace’s Pavilion on the Orangery Lawn. How The Grinch Stole Christmas is one of the highlights of their slate – who doesn’t want to see Jim Carrey deliver a festive treat of a performance? Head to www.thelunacinema.com to book this and other gems including Christmas mainstays like Elf, Love Actually and It’s A Wonderful Life.

The Prince Charles Cinema, so often the best kept secret in London, always knows how to deliver a great night out. Their line-up all year round is amazing but Christmas really brings out the classics. This year, they’ll outdo themselves again with a festive all-nighter comprising of The Muppet Christmas Carol, Die Hard, Elf, The Nightmare Before Christmas, Home Alone & Home Alone 2: Lost in New York. If that lot doesn’t get you in the spirit, nothing will! Go to www.princecharlescinema.com for all the ticket details for this and other seasonal gems throughout December. Their festive slate is fantastic, with something for everyone.

Ok, I know Friends isn’t a movie! But with the ever-popular TV sitcom celebrating its 25th anniversary this year, the sensational six – Rachel (Jennifer Aniston), Monica (Courtney Cox), Phoebe (Lisa Kudrow), Joey (Matt Le Blanc), Chandler (Matthew Perry) and Ross (David Schwimmer) are currently enjoying a special run in UK cinemas for selected episodes. In celebration of the best sitcom ever, you can head to special marathon events where a collection of the best Friends episodes are screened in cinemas for the first time ever in the UK. If that wasn’t enough, the legends at The Luna Cinema have returned with a seasonal edition of their sell-out yearly celebration Friendsfest. Dubbed Friends Festive, you can do a special Christmas themed edition of the pop-up full of festive dressed sets, merry props and photo ops and you can even meet the Holiday Armadillo in person! Head to www.friendsfestive.co.uk/ for ticket details but be quick, because this special limited run ends on 21st December.

The Holiday – The Nomad Cinema

The most socially-conscious event on the outdoor film circuit, 100% of The Nomad Cinema’s profits go to their chosen charity, The Sustainability Institute in South Africa. Elf, White Christmas, Gremlins, It’s a Wonderful Life and The Holiday are just some of the gems that feature in their eclectic line-up. The venue for this seasonal outing is Citypoint in the heart of London. Citypoint is a 36 storey landmark tower with plenty of retail and public space surrounding it, transforming the bustling area into a festive treat. Head to www.whereisthenomad.com/ for all the ticket details.

John Favreau’s timeless classic gets better with every passing year, thanks to an infectiously happy performance from Will Ferrell and the sweeter-than-pie Zooey Deschanel. Buddy the Elf has become a festive stalwart and it’s always a joy to revisit this feel-good gem. Now you can do this at Backyard Cinema’s new purpose-built home in Wanstead – a Christmas wonderland full of surprises that you’ll not want to miss. With a packed slate and plenty of activities, head to www.backyardcinema.co.uk before all the tickets get snapped up.

St. Katharine Docks delivers a winter movie-going experience like no other. The Floating Film Festival resurfaces by the river and has a decent mix of classics for all tastes. Home Alone, Home Alone 2, Elf, Love Actually, Arthur Christmas and more make up their week of festive fun, but it’s the seasonal favourite from The Muppets that will be a real crowd-pleaser for the whole family. Tickets, along with further details of the films showing can be found at www.skdocks.co.uk/whats-on/christmas-floating-film-festival.

Firmdale Hotels are hosting amazing Christmas screenings across all of their plush London sites this year, with White Christmas gracing The Soho Hotel, The Covent Garden Hotel and The Charlotte Street Hotel. Michael Curtiz’s seminal classic features four outstanding central performances from Bing Crosby, Danny Kaye, Vera-Ellen and Rosemary Clooney. Part of their legendary Film Club, you can enjoy the star-studded film in the luxurious confines of their private screening theatre. You can even combine the screening with one of their famous afternoon tea or dinner packages, making an unforgettable night even better. Check out www.firmdalehotels.com for all the info, which includes screenings of Miracle on 34th Street, Elf, Love Actually, Frozen 2 and Home Alone.

It’s a Wonderful Life – The Curtain

Frank Capra’s classic is revisited more than any other movie over the festive period, with the film celebrating its 73rd year. James Stewart shines as businessman George Bailey, who learns what life could have been like if he never existed. Experience it in a new venue for Christmas film – The Curtain. A hotel, restaurant, live music venue and a members club, the stylish establishment is based in Shoreditch and hosts a whole selection of festive treats including Die Hard, Home Alone, Love Actually, Elf and The Muppet Christmas Carol. The entrance ticket includes a hot cocktail or a glass of Veuve Clicquot to see in the film too.

The hallowed Royal Albert Hall has always been a festive favourite in December and this year they are running a Christmas season that has a lot of variety. There’s a film in concert screening of E.T. The Extra-Terrestrial and of course, their customary Carol services but the highlight looks to be ‘A Hollywood Christmas’ – a musical celebration featuring scores from movies like The Nightmare Before Christmas (1993), Harry Potter and the Philosopher’s Stone (2001), Love Actually (2003) and The Polar Express (2004). With The Royal Philharmonic Concert Orchestra under the leadership of Paul Bateman and film critic and compere Mark Kermode leading the night’s celebration, December 17th should prove to be a memorable night. Check out www.royalalberthall.com/tickets/events/2019/a-hollywood-christmas/ for more details.