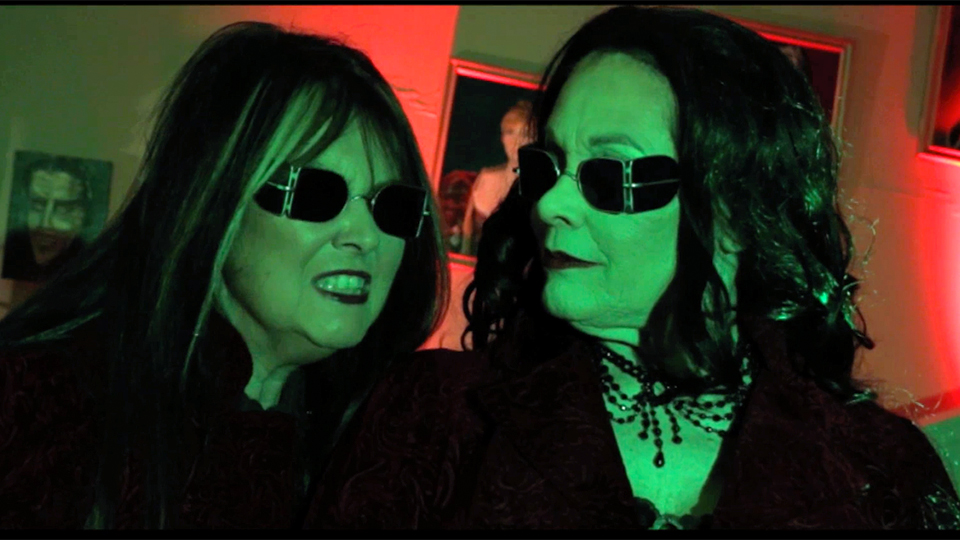 The event will take place on 25th January 2018. Take a look at the trailer below:

Filmed in the style of the classic horror films of yesteryear, House of the Gorgon brings together four original Hammer film stars for the first time in a feature film!

The story follows the young Isobel Banning (Georgina Dugdale – Caroline Munro’s real-life daughter) as she travels with her mother (Veronica Carlson, Dracula Has Risen From the Grave, Frankenstein Must Be Destroyed) to marry her university sweetheart Dr. Julian Pritchard (Joshua Kennedy). Along their journey they meet the mysterious Father Llewellyn (Christopher Neame, Dracula A.D. 1972, License to Kill), the local priest, who refuses to divulge the terrible fact that two ancient gorgon sisters (Caroline Munro and Martine Beswicke) have taken up residence in the nearby manor house.

House of the Gorgon was completed entirely in South Texas this past year, utilizing period costumes and old-school special effects.

The UK premiere screening will be followed by a Q&A with Caroline Munro, Martine Beswicke, Georgina Dugdale and writer-director Joshua Kennedy.