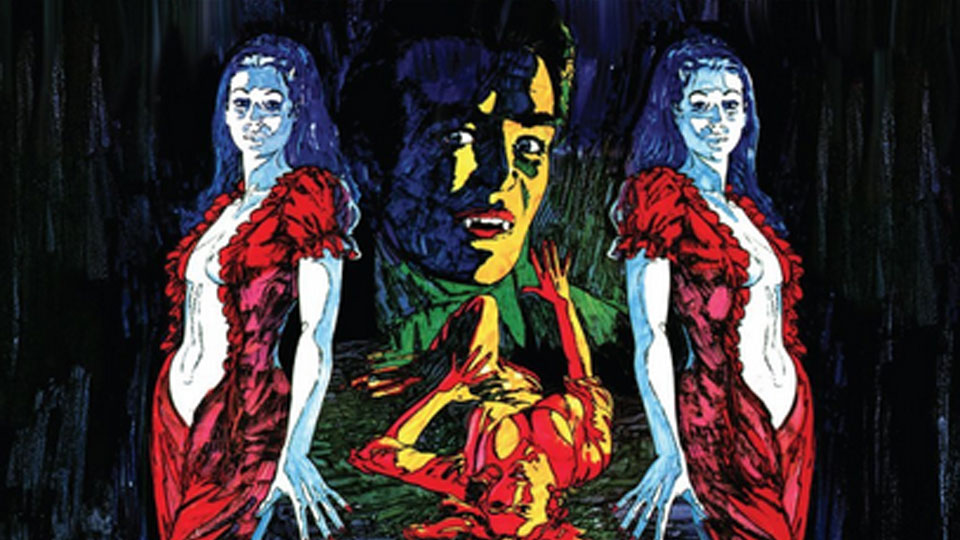 Hammer didn’t always pull off a sense of time and place successfully, but they do in Twins of Evil, one of their later films (1971). Despite its overtly B-movie title, the movie effectively captures the era of Puritanism in the Nineteenth Century, presenting a community so full of wild superstitions and religious fever and hypocrisy that hysteria surrounding witch hunts quickly builds. OK, so it’s not quite Arthur Miller’s The Crucible; but Twins of Evil, with a supernatural element thrown in, works along similar lines, and offers a well-written, soundly structured story that manages to say something about human culture (rarely the case where the Hammer films were concerned). In this instance, it comments about the need to seek out bogeymen, and the justification the self-righteous give for committing acts of appalling violence and murder against innocents.

It’s also easy to forget, since he made more than his share of mediocrities, what a fine actor Peter Cushing was. Here, he plays against his usual geniality, as the ruthless religious fanatic Gustav. The first sequence sees him capturing and burning to death a young woman accused of witchcraft. Powerful stuff, and it’s Cushing who sells the movie. You believe him. He’s joined by a mugging Dennis Price, who is afforded high billing despite his small part as the corrupt official protecting the chief vampire. Count Karnstein (Dracula in all but name) is played by Damien Thomas, who may not possess the gravitas of Christopher Lee, but makes a decent stab at an intense and self-possessed seducer of virgins.

The story rips along at a cracking pace, combining well-written scenes with great set-pieces. Males of a certain orientation will enjoy buxom identical twins Madeleine and Mary Collinson, one of whom keeps losing her clothes. The long-standing tradition of bare-breasted titillation in Hammer movies is strongly in evidence here. The other concession to the changing times is that the violence, still appropriately operatic, reaches a new level of gore with an effectively-handled decapitation.

The Hammer Horror films were always made on a tight budget, and the grainy film stock was wisely selected to cover a multitude of sins from the cheap sets to not-so-special effects. However, Twins of Evil is a good choice to be bumped up to high-definition. It still doesn’t look like it was shot on 35mm, but the colours are rich and the picture as sharp as it will ever be. Extensive location filming looks suitably moody and mysterious under the assured direction of John Hough.

We’re judging this for what it is: a very good offering from a studio that had an output of variable quality. Twins of Evil is amongst the cream of Hammer’s crop. It probably gets overlooked because, released in 1971, Hammer’s style was already somewhat dated as the movie zeitgeist had moved on. It’s hard to believe it was made in the same decade as Alien. Yet Twins of Evil is proof that to make an entertaining movie, the minimum requirements are a strong leading actor and a decent script. The nostalgia quality and cult status make Twins of Evil a treat for modern audiences.

Twins of Evil is released as part of Network’s The British Film collection. Check out the clip below.