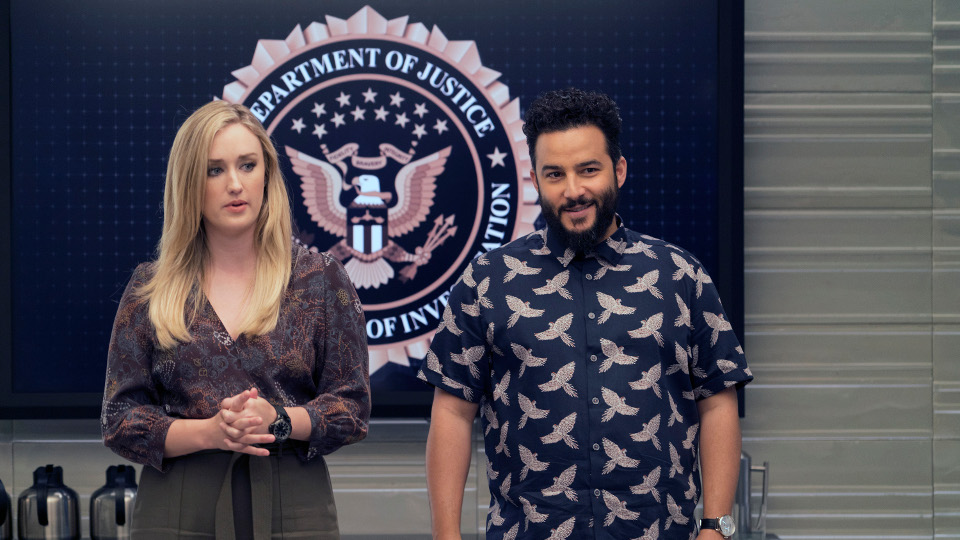 On the last episode of Blindspot, the entire intelligence community was put in jeopardy.

Remi (Jaimie Alexander) struggled to keep pretending she was Jane and happy with Weller (Sullivan Stapleton) when all she could think about was killing him.

After Rich’s (Ennis Esmer) ex-boyfriend Boston (Josh Dean) helped the team the clues he discovered led Jane and Patterson (Ashley Johnson) to a warehouse. This led them to an undercover Russian spy who Jane eventually tried to make a deal with. She managed to get a partial list of CIA Black Sites that might lead her to Shepherd.

Elsewhere, Madeline Burke (Mary Elizabeth Mastrantonio) showed Zapata (Audrey Esparza) just how ruthless she is. It looked like Zapata might be having second thoughts about the path she has chosen. Back at the FBI, Reade (Rob Brown) discovered that Zapata was with Blake in Paris. However, Rich uncovered evidence that suggested Zapata died in a plane crash.

At the end of the episode, Roman (Luke Mitchell) appeared to Remi again and tried to get her to kill Weller.

The promo for the next episode reveals the team get involved in a race against time to stop bombs going off on six trains.

Watch the Blindspot 4×03 promo trailer below:

Here’s the official synopsis of Blindspot 4×03 The Quantico Affair:

Patterson and Rich DotCom take the reins as the FBI team faces an explosive threat.