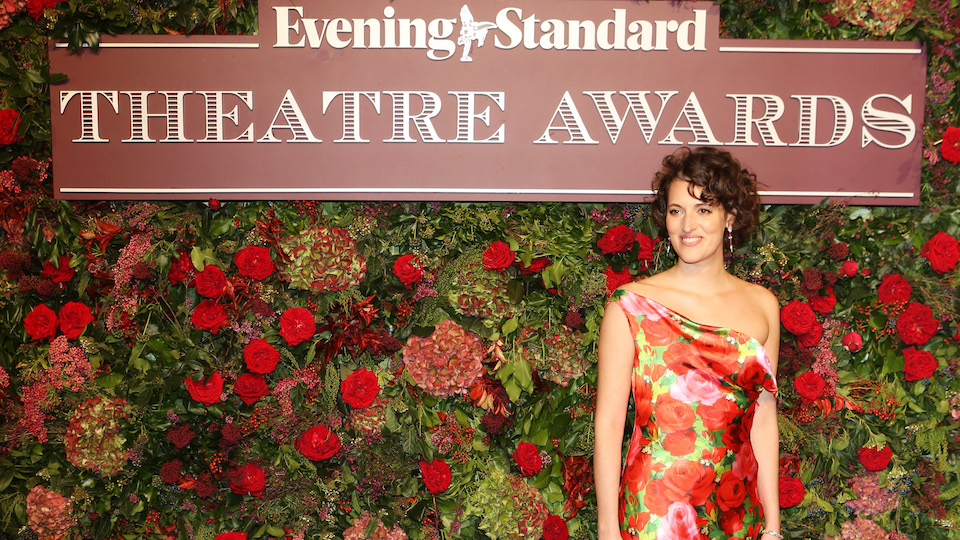 The winners of the 2018 Evening Standard Theatre Awards were announced last night at London’s Theatre Royal, Drury Lane, with Fleabag and Killing Eve writer and actress Phoebe Waller-Bridge returned for the second year to present the ceremony.

Sophie Okonedo and Ralph Fiennes shared success as each scooped Best Actress and Best Actor for their starring roles in The National’s current run of Antony and Cleopatra.

A radical revision of Stephen Sondheim’s and George Furth’s Company won Marianne Elliott the Milton Shulman Award for Best Director. She switched the gender of the leading man to a woman, giving Rosalie Craig the role of a lifetime and the Evening Standard Award for Best Musical Performance.

The West End’s other unstoppable musical, Hamilton, also won two awards. Lin-Manuel Miranda’s hip-hop history, which opened last December, was named Best Musical. Its London star Jamael Westman was presented the Award for Emerging Talent. This year’s Lebedev Award went to Sir Cameron Mackintosh, a co-producer of Hamilton and owner of its London home, the Victoria Palace Theatre, for his contribution over 50 years to musical theatre.

Nine Night, a tragi-comedy about a family gathering on the final night of the traditionally Caribbean mourning period, earned first-time writer Natasha Gordon the Charles Wintour Award for Most Promising Playwright. The award comes with a generous donation made by Dame Anna Wintour, American Vogue editor-in-chief and Artistic Director of Condé Nast. As an actress Gordon, 42, has had roles in previous Evening Standard Award winners, Red Velvet and Clubland, and her TV work includes Law and Order and EastEnders. She will take over the starring role in Nine Night when it transfers to Trafalgar Studios next month.

In addition to the awards presentations, the first in what promises to be an annual tribute was made to Behind-the-Scenes Heroes of theatre, dedicated on this occasion to the dressers, in partnership with Maison Margiela. Designer John Galliano introduced it with a speech in which he revealed that he started his working life as a dresser at the National Theatre after finishing at St Martin’s School of Art. He invited 26 dressers seated in the auditorium to join him on stage to take a bow.

Antony and Cleopatra is at the National’s Olivier until 19 Jan; Company is booking at the Gielgud, WC2 until 30 Mar; Hamilton continues at Victoria Palace, SW1; The Inheritance is at Noël Coward, WC2 until Jan 19; and Nine Night transfers to Trafalgar Studios, SW1 from 1 Dec until 23 Feb.