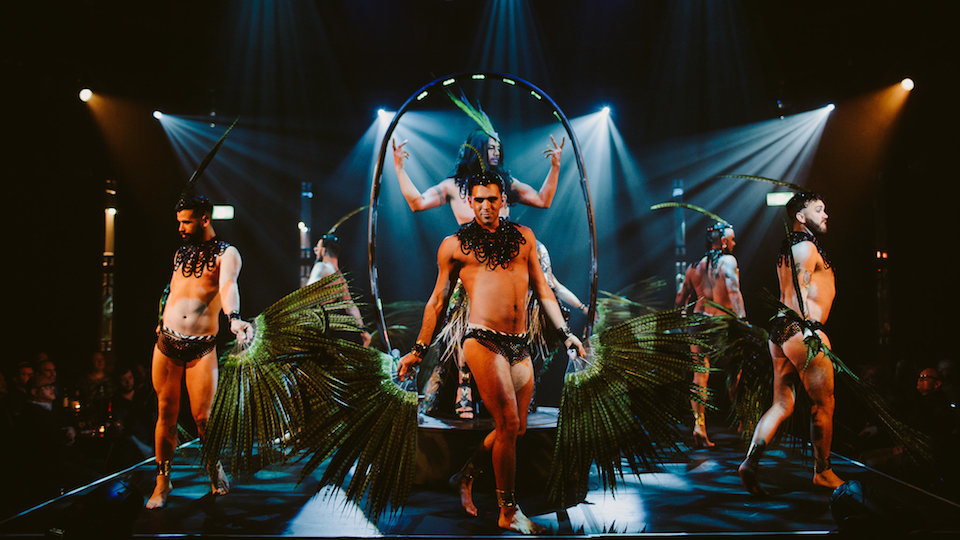 All-male ‘boylesque’ group are grabbing Christmas by the baubles in their dazzling new show Briefs: Close Encounters. The Briefs boys blend and bend the rules with their circus skills, drop dead gorgeous drag and raucous comedy.

This masculine troupe from Oz is led by the sassy, Shivannah, aka Artistic Director Fez Fa’anana. The cast of buff characters includes: one of Australia’s leading circus showmen Captain Kidd (2011’s Las Vegas King of Burlesque); acrobat and clownish time-hopping rabbit Dale Woodbridge-Brown (Kamilaroi boy and proud of his Aboriginal heritage); superstar aerialist Thomas Worrell, defying gravity and tying himself in knots above the crowd; and youngest member of Briefs, the loveable rogue Louis Biggs, who steals the hearts of audiences throughout the show. Finally, a Brit has landed in the hallowed troupe: Harry Clayton-Wright is the Blackpool boy done good, an anarchic provocateur, performance artist and so much more!

What more could you want from a festive show (if you’re aged 16 and above!)?

As if that wasn’t excitement enough for the festive season Briefs Factory are also presenting two other shows in the Spiegeltent at Christmas in Leicester Square.

Then, strictly for ages 18+, there’s the seriously X-rated Club Briefs playing weekends until Saturday 29th December. The late-night variety show will see the Briefs boys joined by world class cabaret and circus special guests. Get down, dirty and wet at the debaucherous disco after party.

Lastly, the Club Briefs NYE Extravaganza is going to bring trash, glamour, disco, circus and guaranteed hilarity to help you see in 2019.

In this article:Briefs, Christmas in London, Leicester Square, Spiegeltent, Underbelly