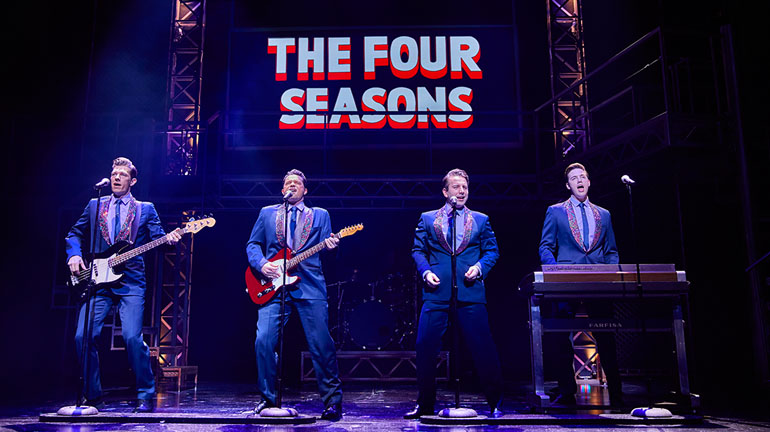 Following Cilla The Musical and Motown The Musical, a sixties-inspired programme climaxes at Leeds Grand Theatre as The Jersey Boys arrives from Tuesday 20 November.

Based on the remarkable true story of Frankie Valli and the Four Seasons, the Olivier award-winning musical charts the New Jersey group’s rise to stardom to become one of the most successful bands in pop history.

The show features all the hits, including Beggin’, Sherry, Walk Like A Man, December, 1963 (Oh What a Night), Big Girls Don’t Cry, My Eyes Adored You, Let’s Hang On (To What We’ve Got), Bye Bye Baby, Can’t Take My Eyes Off You and Working My Way Back to You.

Winner of Broadway’s Tony, London’s Olivier and Australia’s Helpmann Awards for Best New Musical, Jersey Boys is the winner of 57 major awards worldwide and has been seen by over 25 million people.

Jersey Boys is at Leeds Grand Theatre from Tuesday 20 November to Saturday 1 December. Book online at leedsgrandtheatre.com or call Box Office on 0844 848 2700