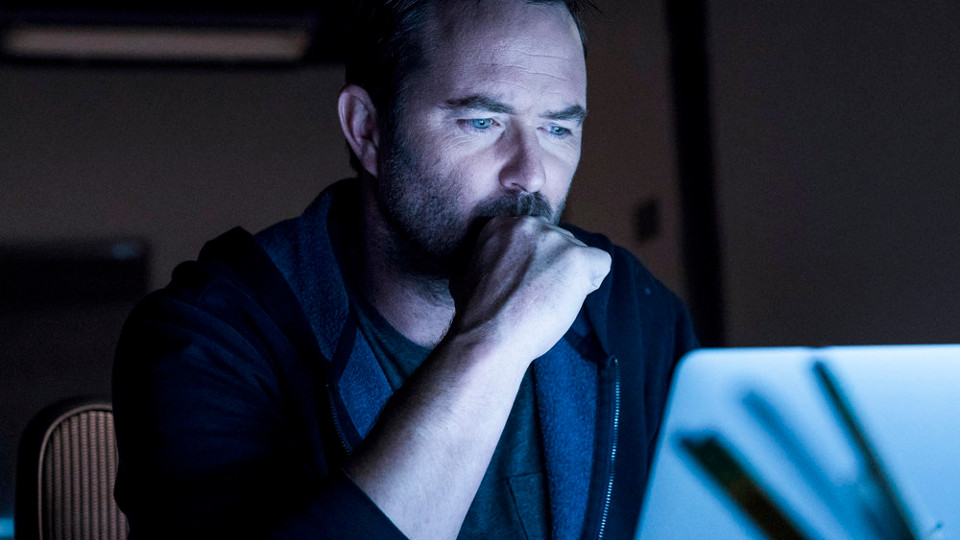 Blindspot returned to UK earlier this week for a fourth season. After yet more unexpected twists at the end of season three we couldn’t wait to see what happened next.

The season opened up with Jane (Jaimie Alexander) and Rich (Ennis Esmer) running a mission in Tokyo. Weller (Sullivan Stapleton) was back home resting but they had support from Reade (Rob Brown) and Patterson (Ashely Johnson). The team were there to steal the fourth of Roman’s (Luke Mitchell) data caches.

The heist was going well until Rich couldn’t resist trying to win a game of Go. A fight broke out and Jane had to fight off a group of attackers wielding katana’s. Still concealing her identity of Remi, she seemed more aggressive than usual and killed her attackers. Meanwhile, Patterson struggled to crack the safe holding the cache. In the end she managed to freeze the front off and they made off with the cache.

Back at the FBI, Patterson got to work on decrypting their latest find. Jane was struggling to play nice with the team but had to keep the game up. At home, Weller was up and about and making great progress with his recovery. Reade was struggling with Zapata (Audrey Esparza) disappearing on him and had only had one voicemail since she left telling him not to worry.

Patterson managed to access some data on the cache but had some troubling news for Jane. The data suggested that the ZIP poisoning was irreversible and would eventually kill her. Jane is already starting with some of the more dangerous side effects. It saw her seeing hallucinations of Roman.

The team discovered a message from a Sandstorm agent reaching out so Jane made sure she got to them first. At the meet Jane found out that the agent, Dolan Osmand, was the last member of Sandstorm. She said they could work together to rebuild and had a hard time convincing him that she was still on Sandstorm’s side.

To rebuild Sandstorm they needed resources so Jane came up with a plan to get them money. She triggered an unsolved tattoo case to lead the team to a secret underground bank. During the raid she hid bundles of cash in her bulletproof vest. The team managed to track Dolan’s phone which led to a car chase and his death.

Back at the FBI the new Director was named as Matthew Weitz (Aaron Abrams).

Elsewhere in the episode, Blake (Tori Anderson) and Zapata were attending a HCI board meeting. Blake planned to take charge of the firm and gave a speech which convinced the board. However, the celebratory drinks were poisoned by fellow member Madeline Burke (Mary Elizabeth Mastrantonio) and everyone but Zapata died. Burke is now in charge and has plans for Zapata and was impressed with her idea of putting the bodies back on their private jet and crashing it. Zapata also suggested putting her name on the manifest to make it look like she died.

At the end of the episode, Roman appeared again and made Jane promise to find a cure for the ZIP poisoning. He also wanted her to kill Weller. What will her next move be?

Can’t wait for the next episode? Read our Blindspot 4×02 My Art Project preview.