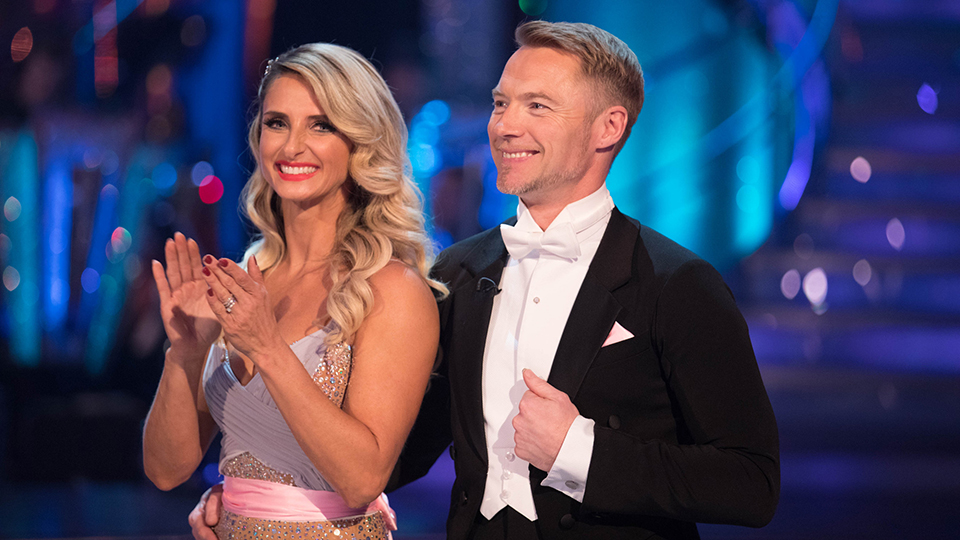 Earlier this week footage of the boyband was released, showing them hard at work in the training room. The new clip shows Ronan confessing that he purposely ordered the wrong size shoes for Mikey to try and thwart him.

Ronan laughs and said: “I believe Mikey has the wrong shoe size so my trick has worked. I ordered him a smaller pair of shoes so that his toes would hurt!”

Tonight’s Strictly special will see all four members of Boyzone battling to win the trophy. Will it be Ronan, Mike, Keith Duffy or Shane Lynch that walks away the winner?

The Strictly Children in Need special show will feature as part of the BBC Children in Need 2018 Appeal Night on BBC One tonight at 7.30pm. The special is presented by Tess Daly and Claudia Winkleman.