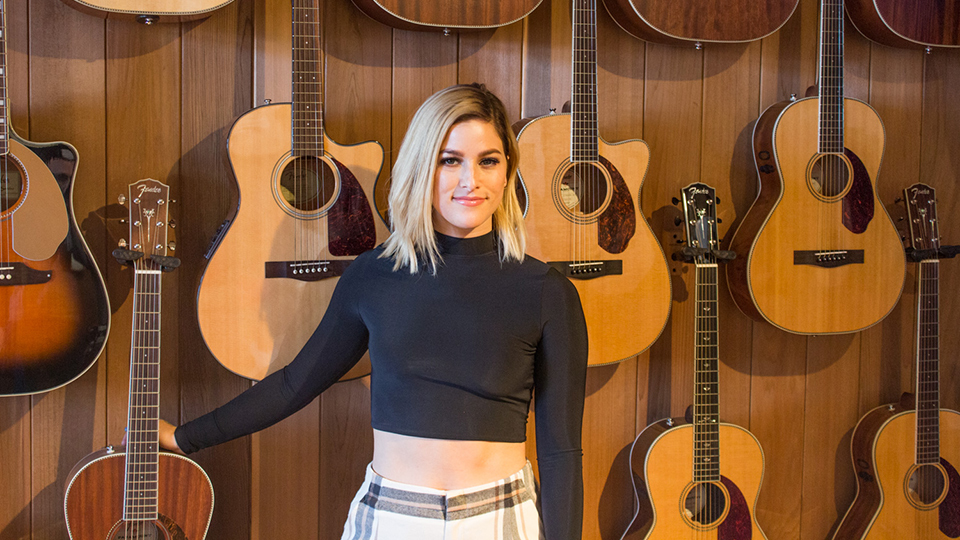 Fresh from her storming performances at Country Music Week on Sunday, Cassadee Pope stopped by the Fender Showroom in London earlier this week to perform live for us.

Accompanied by Lewis Fowler, from UK Country duo Two Ways Home, Cassadee performed acoustic versions of two songs for us. The first is a stunning rendition of her current single One More Red Light, which is available to stream and download now.

Showcasing exactly why she won The Voice US back in 2012, Cassadee delivers a polished performance that shows off those incredible pipes. We got shivers in the Fender Showroom as she unleashed the power of her distinctive voice.

One More Red Light is the follow-up to Take You Home, released earlier in the year, and it’s the second teaser of what to expect from Cassadee’s upcoming second album due in 2019. Judging from the two tracks we’ve heard already, it’s going to be well-worth the wait!

We’ll be bringing you the second performance, an acoustic version of Wasting All These Tears, later this week so be sure to check back for that.