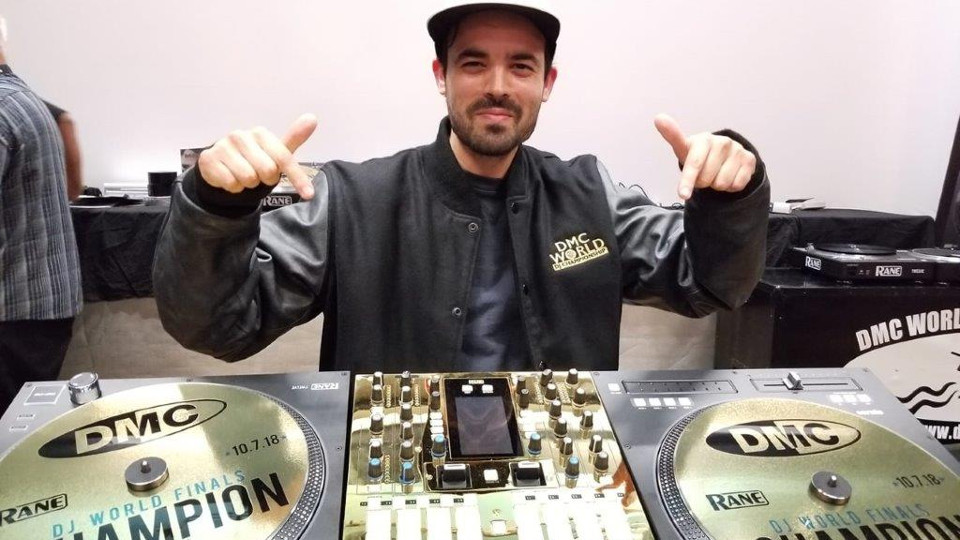 Last night (Oct 7th) Rane hosted this years DMC World DJing championship at the Islington Assembly Hall in London. It was a day packed with some of the best DJs from all over the world. The talent came from as far away as Japan and New Zealand to take part.

In total there were 2 world championships taking place, The Battle for World Supremacy won by K Swizz from New Zealand and the DMC World DJ Championship won by DJ Skillz who clinched it by 1 point.

Reigning DMC champion DJ Rena from Japan came back to defend the title he won last year (he’s only 13!) but was’t able to retain.

Other than the competitions the day also included showcases from DJ Fong & Mr Switch, DJ Samy, DJ Primecuts, JFB and Chris Karns. As you can see from this list it was DJ nirvana and the skills on display were out of this world.

My personal favourite of the day had to be DJ Fummy from Japan who came 2nd in the world championship.

Check out a video of DJ Fummy below:

I also feel that K Swizz deserves a special mention as he was by far the busiest DJ of the day, I lost count of how many sets he did during the day but man he worked hard. Not only did he win the World Supremacy but he came 3rd in the World Championship to boot.

You can check out the skills of K Swizz below:

It was an absolute blast of a day and a must-see for anyone interested in hip hop and turntablism. See you next year!

You can check out the official DMC website for more information.