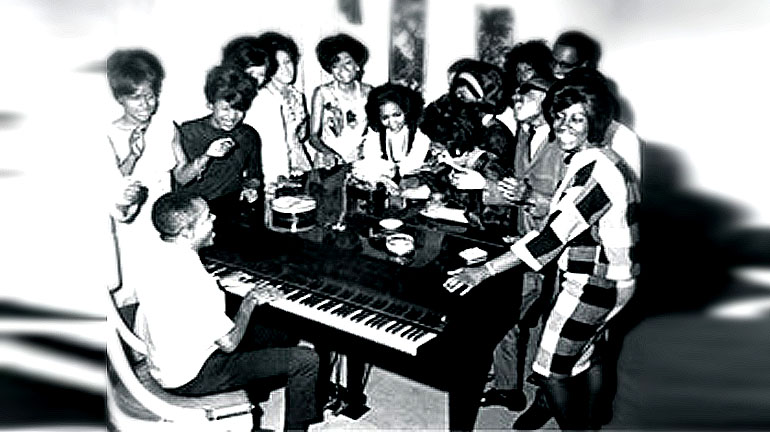 Leeds Grand Theatre is reaching out to Motown fans of yesteryear who witnessed the debuts of Soul legends Diana Ross and Stevie Wonder in Leeds in the 1960s.

More than 50 years ago, as the music icons were just embarking on their careers, they hit the stage at the Odeon on Briggate on 31 March 1965 as part of the Tamla Motown Revue Show.

Now, as the West End production of Motown The Musical opens its first ever UK tour, including a two week stop at The Grand from Tuesday 6 to Saturday 17 November, producers want to hear from anyone who attended the show.

Adam Spiegel, Producer, said: “We’d love to hear and see some of your memories of Motown’s first ever UK tour in 1965. We’re thrilled to be bringing the sound of Motown back to audiences with the West End smash hit show, Motown The Musical, so tell us your stories of when you saw Motown live, and you could be in with a chance of reliving the 60s.”

Entrants should send their stories and any images to info@leedsgrandtheatre by Friday 12 October. The best two stories will win one pair of tickets each to see the 7.30pm performance of Motown The Musical on Wednesday 7 November. Winners will be notified by email and stories will be shared across The Grand’s social platforms.

With over 50 Motown classics, including Ain’t No Mountain High Enough, I’ll Be There, Dancing In The Street, Stop! In The Name Of Love, My Girl and I Heard It through the Grapevine. Motown the Musical tells the story of Motown Founder and heavy-weight music mogul, Berry Gordy, and the legendary record label that changed music history and created the soundtrack of a generation.

Motown The Musical is at Leeds Grand Theatre from Tuesday 6 to Saturday 17 November 2018. Tickets are on sale priced from £15 (prices include a £3 booking fee. Postage charge £1 where applicable). Book online at leedsgrandtheatre.com or call Box Office on 0844 848 2700