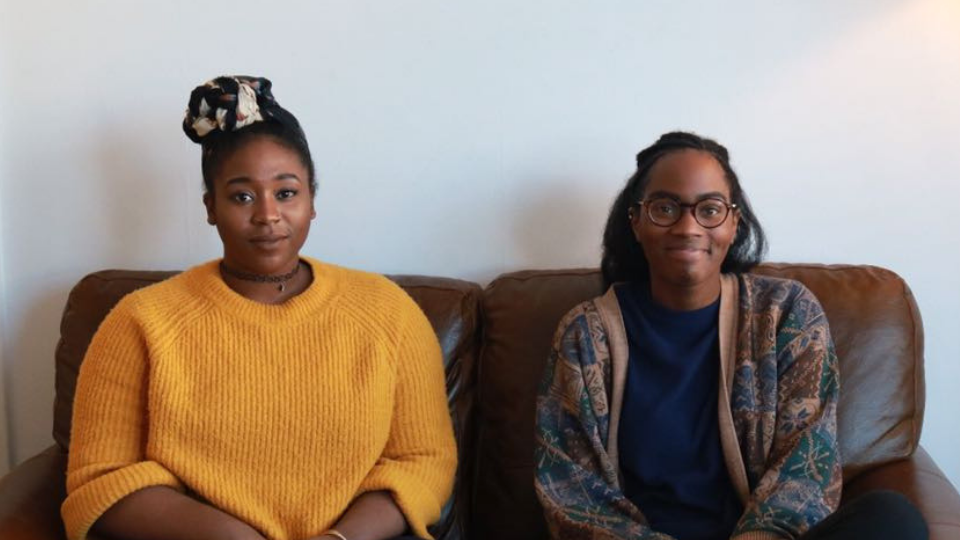 At just 24, Kings College London PhD student Rianna Walcott is co-editor of seminal anthology The Colour of Madness, which documents Black, Asian and minority ethnic (BAME) experiences of mental health in the UK.

Working jointly with Dr. Samara Linton, the book combines art and science through a collection of first-hand submissions from mental health sufferers from BAME  backgrounds.

The book presents a kaleidoscope of stories through a vast variety of content including memoirs, essays, art and poetry crafted by its contributors, giving a detailed picture of each individual’s relationship with mental health and experiences of the healthcare system.

The book’s mission is to raise awareness about the serious issues surrounding BAME mental health, and there are plans to get it in the hands of policy makers, healthcare commissioners and the Prime Minister. It is hoped that the anthology generates some robust dialogue that will change the way marginalised sectors of society with mental health issues are treated. The book will shortly enjoy a launch party as part of a Black Sheroes Month collaborative event in London on October 5.

It was after speaking about her personal experiences at an event about black mental health last year in Edinburgh that Rianna met her publisher. She explained why she then approached Dr. Samara Linton to work with her on The Colour of Madness.

“Samara and I actually went to school together and were one of the only few black students in our year. She’s now a qualified medical doctor and specialises in black mental health. I’d been following her work and reading published articles from her research papers so I knew she was the right person to work with.”

The book’s journey began with a broad submissions process that was driven by a successful social media campaign. There were lots of submissions with the call-out achieving international reach. “We had a lot of submissions from the United States but unfortunately couldn’t use those in the book as they have a completely different healthcare system and the focus of the book is exploring experiences in the UK”.

During the selection process, there was careful consideration to ensure a broad range of content. “We wanted to ensure we captured a broad spectrum of BAME experiences, including age and gender. But it is quite telling that there are more contributions from women in the book which perhaps indicates that men are less likely to discuss their experiences of mental health.”

Deciding on which areas of content each should curate, there was a clear-cut fifty-fifty split in the co-editors’ responsibilities. “My background is in English Literate so I took on the arts elements, including poetry and fictional works and Samara took on the academic papers. There’s a chapter called ‘Blue’ from the perspective of medical practitioners so it made sense for Samara to do this too.”

There were some eye-brow raising submissions filtered out immediately, with some missing the fundamental point of the brief. “There were a lot of submissions from white men which was either a case of them not reading the brief, or veering completely off topic or even imitating a person of colour!”

Who does this book need to be in the hands of? “Ideally it’s such a broad wide-reaching book, so it’s brilliant for people to understand the experiences of those going through it. And if you’re going through it, it’s a way to know you’re not alone. There’s also a chapter on relationships, so it’s great if you have a friend or family member experiencing mental health problems, as it is important how people react in that respect. Broadly though it speaks to institutions by highlighting how they are now and how they should be and what needs to change. Our next step after the launch is get on hands of decision makers and healthcare professionals. We’ve always said it should get into the hands of the Prime Minister. This book is their patients speaking, these are real people. Ultimately if you’re from a different class system, ethnicity, religion, or speak a different language the healthcare system becomes a lot more complicated.”

Rianna recently revisited one of her favourite bookshops, Lighthouse Radical Books in Edinburgh, to see The Colour of Madness on shelves in all its glory. “It’s great to not only see this book on Amazon and in Waterstones but also stocked in independent book shops. Seeing the book in Lighthouse Radical Books was an emotional experience. I was so pleased and proud to see it, I’ve never experienced anything like that. I’d never have imagined I could go from speaking at an event in Edinburgh last year to seeing the book on the shelves.”

In 2016, while at the University of Edinburgh, Rianna received a grant to co-found Project Myopia with fellow student Toby Sharpe. “We noted while studying English Literature there was a problem with curriculum in that we were never reflected in what we studied, as a black woman and a gay Jewish guy.”

The project calls for more LGBTQ options, more works created by women, non-binary people, differently abled people and people of colour and a decolonised curriculum. People can write a recommendation for books they would like to see on the curriculum and the project advocates on their behalf. “Maybe it’s the topic of Modernism and T.S. Eliot is on there but Nella Larson was also a Modernist writer but often doesn’t get considered alongside so we would raise this.” Rianna hopes to collaborate with student unions across the country to achieve practical solutions. And what about The Colour of Madness featuring on a curriculum in the future? “Oh my God, could you imagine? That would be the dream wouldn’t it. We’ll work on it.”

The Colour of Madness publishers have partnered with Lon-Art/Sheroes for the Black Sheroes Month Preview and The Colour of Madness book launch on 5 October at Ugly Duck. Half of the net proceeds from book sales will be donated to Kindred Minds, a user-led project for survivors of mental distress from BAME communities. Follow updates on Twitter @MadnessColourOf

In this article:Rianna Walcott, The Colour of Madness