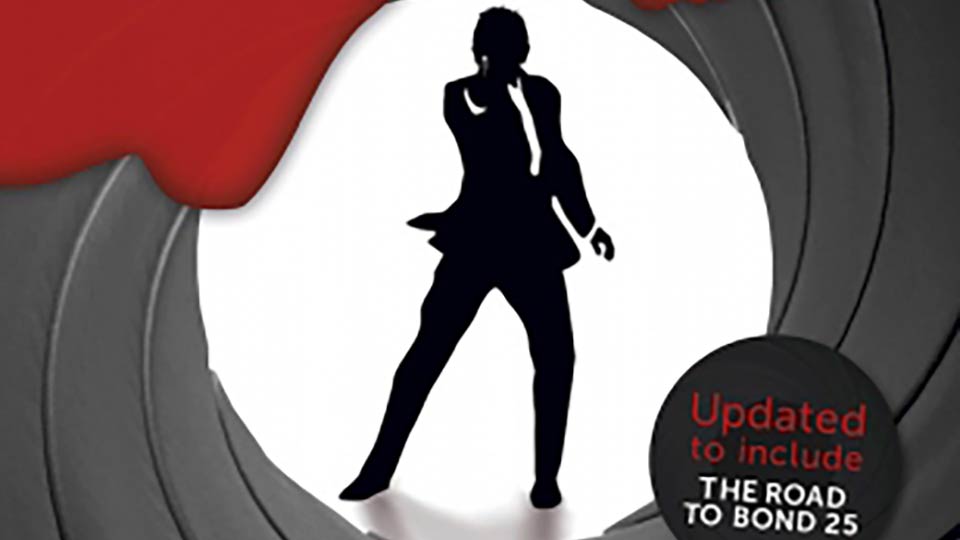 James Bond is one of the biggest and most popular movie franchises of all time, spawning (soon to be) twenty-five films across fifty six years, with six leading actors along the way. Some Kind of Hero charts the complete history of the big screen outings of the debonair British secret agent and his various incarnations.

There are a few aspects of this tome that are immediately commendable. One is that the literary origins are not ignored. The chapters broadly follow the films in chronological order (with a few necessary insertions/digressions along the way), but they open with a synopsis of the Ian Fleming novel which the accompanying film would be (increasingly loosely…) based. The second factor enormously in favour of the book is that it doesn’t attempt the tedious journalistic clickbait habit of scoring the films, or ranking the James Bonds. As a lifelong defender of The Connoisseur’s Bond (the criminally-underrated Timothy Dalton) such an approach is usually alienating – it’s all a matter of taste. The authors wisely avoid all such pub talk and stick to the facts.

The writing style of Field and Chowdhury is deliciously refreshing. Acting entirely as film historians, they present their readers with a narrative of events, keeping their personal opinions for the most part out of the text. That’s not to say that the book is dispassionate or drily academic – far from it. Some Kind of Hero is lucid and informative, guiding the reader through events and supporting them with choice quotations sourced from a wide range of Bond movers and shakers, from leading actors to directors, composers and producers. Remarkably, for such a long book, the narrative is economical; there’s just a lot to get through!

At times the writers are a touch careful as to how they convey some of the more controversial aspects of the franchise’s history, and never more so than in the odd casting of George Lazenby in the lead role in 1968, who was too young and inexperienced to convincingly fill Connery’s shoes. Diana Rigg, who played the female lead, has never been one to mince her words about her co-star, and yet the quotations from her that reach print seem to have been from interviews that caught her on a good day. One may speculate if Lazenby’s introduction to Some Kind of Hero is a motivating factor – yet others such as John Barry are quoted in terms truly damning of the franchise’s only solo outing (Lazenby’s choice – the rollercoaster of his short tenure is one of the most fascinating stories in a book peppered with them). Selection of quotation is rarely a problem, but it comes up again when the issue of race is unnecessarily brought in to Live and Let Die, with words from Yaphet Kotto in response to a diary entry from Roger Moore that is, perhaps unfairly, allowed a free pass. With a book of this length, continually maintaining balance is a difficult task to achieve, so such moments are regrettable but inevitable.

Touchingly, there is a beautiful and moving tribute to Sir Roger Moore, the first James Bond actor to die, who also happened to be a fine actor and remarkable man. His passing, aged 89 in 2017, left a huge gulf, and he remains sorely missing. It’s fantastic to see such a full and well-deserved eulogy here. Although the front cover (an excellent design that captures the eye by skilfully merging James Bond tropes) promises the book is “updated to include the Road to Bond 25”, the announcement of Danny Boyle as the director of the new movie, who has subsequently dropped out (hardly the fault of the authors), is indicative of the perils of keeping up to date an ever-evolving monster of a franchise.

If you’re the type of Bond fan who looks at the credits, clocks the director and enjoys stories from behind-the-scenes, then you’ll love Some Kind of Hero. It’s an audacious attempt to tell the entire story of the Bond films from 1962 until this very moment, and the writers deserve enormous credit for delivering such a slick and well-researched account. Stylish artwork bookends each chapter, and there are glossy page inserts of photographs, though presumably for copyright reasons, these tend to be of the actors at press calls, premieres and celebratory events, rather than the familiar publicity stills from the movies that would dominate more lavishly-produced books.

Some Kind of Hero is a thoroughly-engaging, well-written account that attempts to maintain a historian’s neutrality. It skilfully captures the fact that every actor gave something unique to the series, and that with every new Bond, and even within the longer tenures, the franchise has found ingenious ways to reinvent itself, yet remain fresh, contemporary and yet true to its origins. Some Kind of Hero is a triumphant treatise on why nobody does it better.