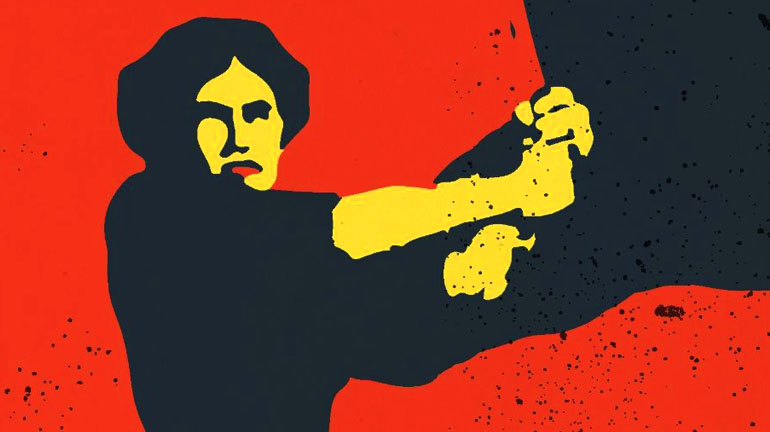 Women of Aktion is set to open at the University of Leeds’ stage@leeds theatre from 2nd October.

It’s the 1930s and Joan Littlewood has just arrived in Manchester with fire in her belly and revolution on her mind. When she and the left-wing playwright and ex-political prisoner Ernst Toller begin work on his play telling the story of the Kiel Mutiny of 1918, Littlewood demands to know, where are the women?

Rallying the voices of the oppressed, from the factories of northern England to the mills of northern Germany, they embark on a journey to share the verbatim stories of the truly revolutionary women who changed the course of history.

As we approach the centenary of the 1918 Armistice, Bent Architect draws on two years of work with academics at the University of Leeds and across Germany to bring to light the hitherto untold stories of the women behind the Kiel Mutiny of 1918, a seismic act of rebellion that helped spark the end of the First World War and the beginning of the German Revolution, all through the imaged collaboration of a young Joan Littlewood and the anarchist playwright, Ernst Toller.

Mick Martin and Jude Wright said: “That women helped drive the Kiel mutiny of 1918 is both airbrushed out of history and hugely important, now more than ever as tensions across Europe build and forces we thought vanquished rear their ugly heads again; these stories are vital to our understanding of ourselves and our history. Having researched the story of British opposition to WWI, we were struck by the lack of research into German peacemakers. It’s been incredibly exciting to work alongside the researchers at the University of Leeds to uncover these hidden stories in the centenary year of the beginning of female suffrage in both the UK & Germany.”