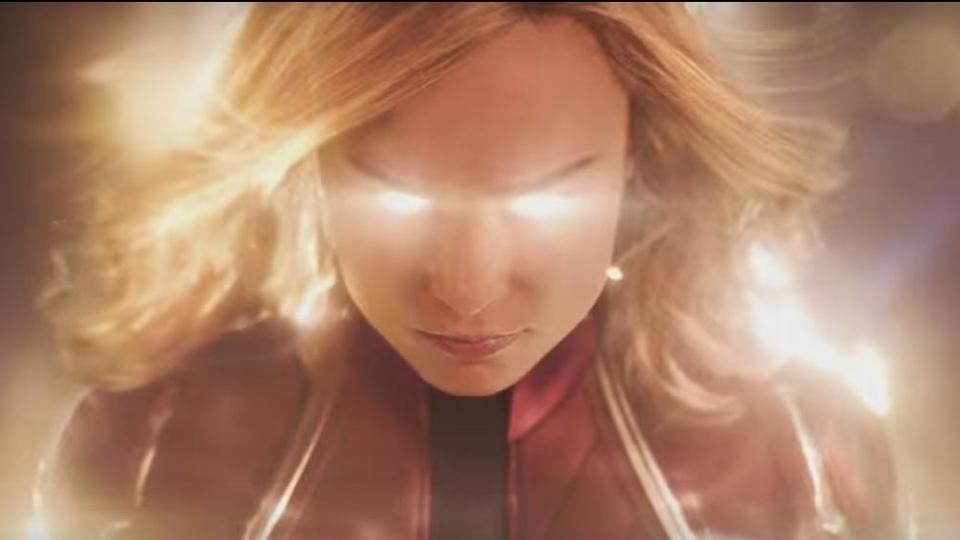 The wait is finally over! A brand new, first-look trailer has arrived for the eagerly-anticipated new Marvel Studios movie Captain Marvel.

Academy Award winner Brie Larson (Room) stars as our hero Carol Danvers, who becomes Captain Marvel to save the world – past, present and future.

Captain Marvel is directed by Anna Boden and Ryan Fleck.

The trailer starts with a brilliant way to show audiences that this story is set in the past – she crash lands into a Blockbuster Video store!

From there on in, we see Captain Marvel (Larson) meet up with MCU regulars Nick Fury (Samuel L. Jackson) and Agent Coulson (Clark Gregg) as she struggles to recollect her past live, and the situation she finds herself in now.

The trailer is full of impressive set pieces with a lot of the action looking like it takes place in space. Expect Captain Marvel to be a little bit like Guardians of the Galaxy with the cosmic element playing an important role in her life.

The last Marvel movie we had in cinemas was Ant-Man and The Wasp, which ended on a brilliant post-credit sting that also played into the events of Avengers: Infinity War. Check out our review of Ant-Man & The Wasp.

After Captain America: Civil War and Spider-Man: Homecoming set things up brilliantly, the path is now clear for Captain Marvel to really turn the Marvel Universe on its head.

Captain Marvel is released in cinemas nationwide on the 8th March 2019.

Check out the brand new poster art for Captain Marvel below;