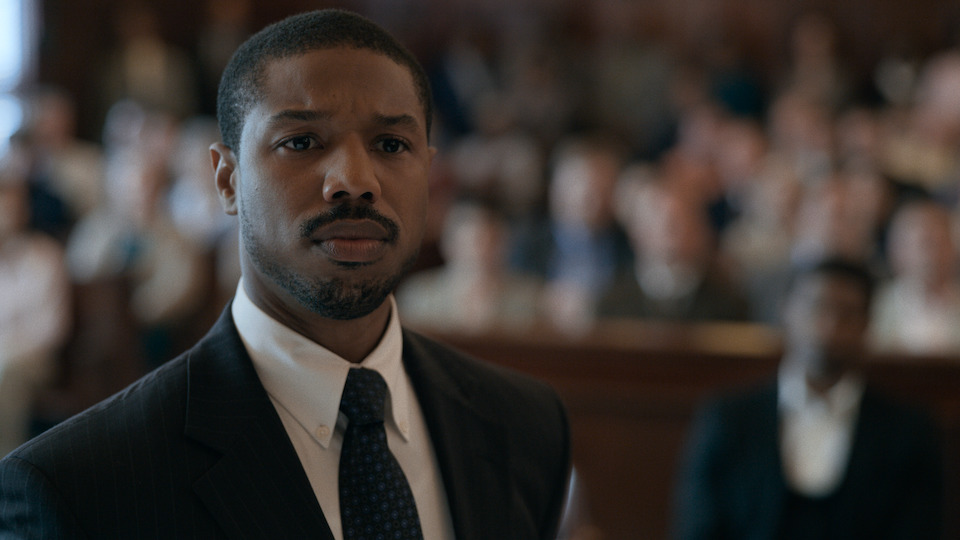 Racial bias and the death penalty has long been a problem in the United States. Defendants of colour, in a crime where the victim is white will statistically lead to more capital prosecutions, compared to the other way round. Based on the book by pioneering lawyer and advocate for social justice Bryan Stevenson, Just Mercy directed by Destin Daniel Cretton takes a scathing look at the insidiously racist justice system in America.

Stevenson is portrayed here by Michael B. Jordan. The film is set in 1989, and he has just graduated from Harvard. Much to his family’s dismay he has turned down lucrative job offers to go and work in Alabama, where he co-founds the Equal Justice Initiative with Eva Ansley (Brie Larson) for the sole initial purpose of giving poor people on Death Row their constitutional right.

This brings Stevenson into the orbit of Walter “Johnny D” McMillian (Jamie Foxx), a forestry worker who was arrested and convicted three years prior for the murder of a white teenage girl. There was no evidence he committed this crime. But as the deft screenplay, co-written by Cretton and Andrew Lanham makes clear, in places like this, if you’re black then you are guilty from the moment you are born. Stevenson wants to give a voice to these men, and sets out to dismantle the case that put Johnny D on Death Row.

Just Mercy is a conventional and quiet legal drama, with none of the grandstanding showiness these films often have, which is perhaps why it was completely snubbed at this year’s Oscars. However, the quiet, procedural approach is the film’s great strength, as Stevenson exposes the failings of the case against Johnny D, just as the film calmly and clearly exposes the corruption at the heart of this rotten system.

The film is not without its moments of tension and explosive power. Stevenson and his team are already up against insurmountable odds, but things are made much harder by the bigotry they must also face. A dehumanizing strip search at the prison, a terrifying encounter with two highway patrolmen, and death threats add to the hostile environment of fear they are forced to operate in.

The film is elevated by the two outstanding central performances from Jordan and Foxx. Both are dialed down, with Jordan remaining stoic and composed as the idealist hero of the story, being gradually chipped away at by the systemic racism he is up against. Foxx however bristles with anger and intensity, which he buries under a surface of stillness. When it finally breaks free during a jailhouse breakdown, it resonates all the more powerfully.