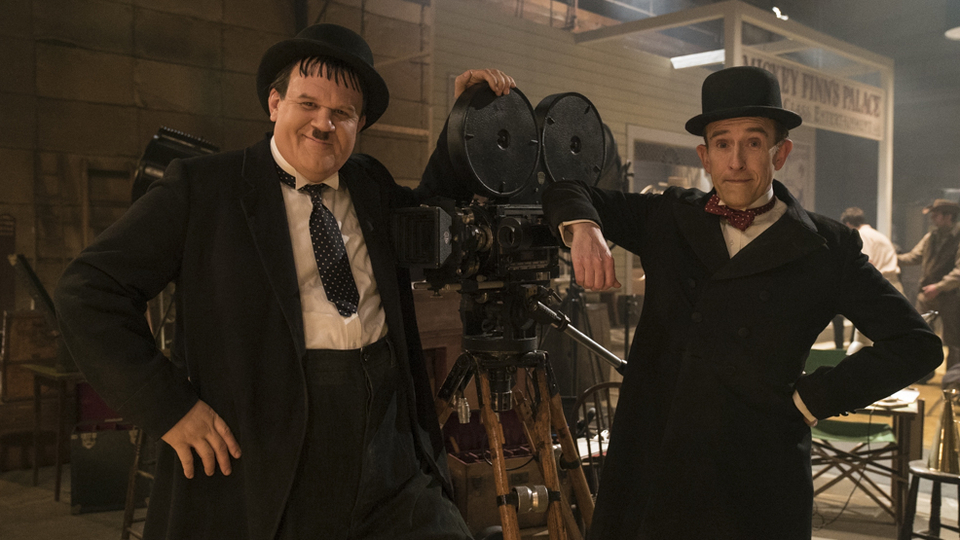 A brand new trailer has arrived for the Laurel and Hardy biopic, Stan and Ollie.

Stan and Ollie is directed by Jon S. Baird (Filth) and written by Jeff Pope (Philomena).

The new trailer reveals a lot more unseen footage from the film and showcases their life on the road towards the end of their career as a double-act, and the strain on their friendship. We also get to see some great supporting characters (including their wives Lucille Hardy and Ida Kitaeva Laurel).

The true story of Hollywood’s greatest comedy double act Laurel and Hardy will be told on the big screen in Stan and Ollie. With such impressive comedy pedigree as Steve Coogan and John C. Reilly as the legendary movie icons, Stan & Ollie is sure to be a heart-warming story of what eventually became the pair’s triumphant farewell tour.

With their golden era long behind them, the pair embarks on a variety hall tour of Britain and Ireland. Despite the pressures of a hectic schedule, and with the support of their wives Lucille (Shirley Henderson) and Ida (Nina Arianda) (who are a formidable double act in their own right!), the pair’s love of performing, as well as for each other, endures as they secure their place in the hearts of their adoring public.

The film has an impressive list of supporting talent including Shirley Henderson, Danny Huston, Nina Arianda, Rufus Jones, Susy Kane, Joseph Balderrama, Ella Kenion, Stephanie Hyam, Rebecca Yeo, Sanjeev Kohli and Bentley Kalu.
Fans will have to wait awhile before they can see Stan & Ollie at their local theatres. The film will be released in cinemas on 11th January 2019. With a headline performance scheduled to take place at this year’s BFI London Film Festival, with the cast in attendance too, I’m sure that the closing night film will be the hottest ticket in town!

Check out the latest poster art for Stand and Ollie below;