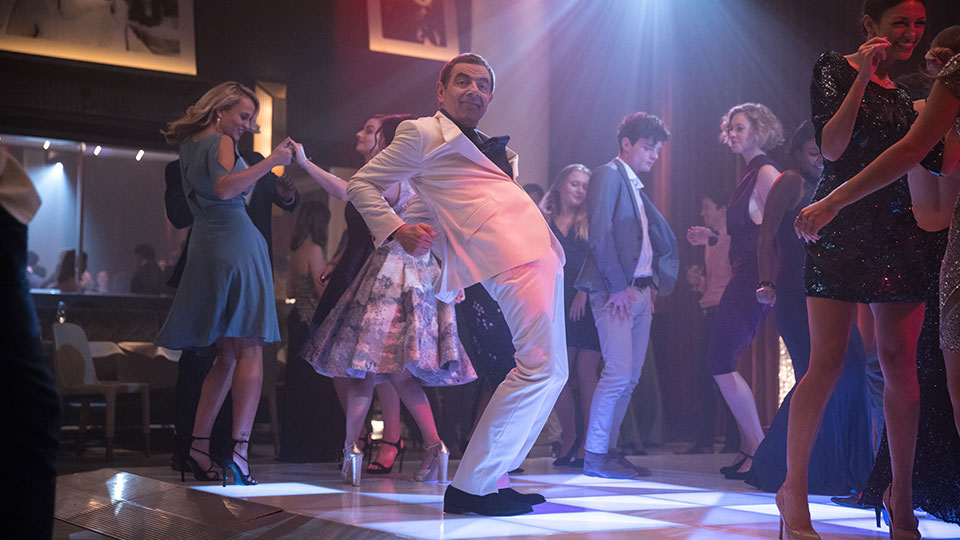 A new trailer has been released for the upcoming third instalment of Johnny English.

In the trailer Johnny meets Ophelia (Olga Kurylenko) at a bar and as he tries to impress her by tossing an olive into his mouth, he misses and causes a waitress behind him to slip and fall over.

We see a lengthy sequence of Johnny trying virtual reality for the first time and being told that it can cause some people to lose track of their surroundings. Johnny scoffs at the information and soon finds himself causing chaos out on the streets of London.

Johnny also gets a grilling from the Prime Minister (Emma Thompson) for his careless actions, which include burning down a restaurant, firing a missile at a group of cyclists, and throwing a tour guide off the top of a double decker bus.

The third film in the series, Johnny English Strikes Again is centred around a cyber attack that reveals the identity of all active undercover agents. He’s called out of retirement to unmask the hacker behind it.

Johnny English Strikes Again will be released in UK cinemas on 5th October 2018.