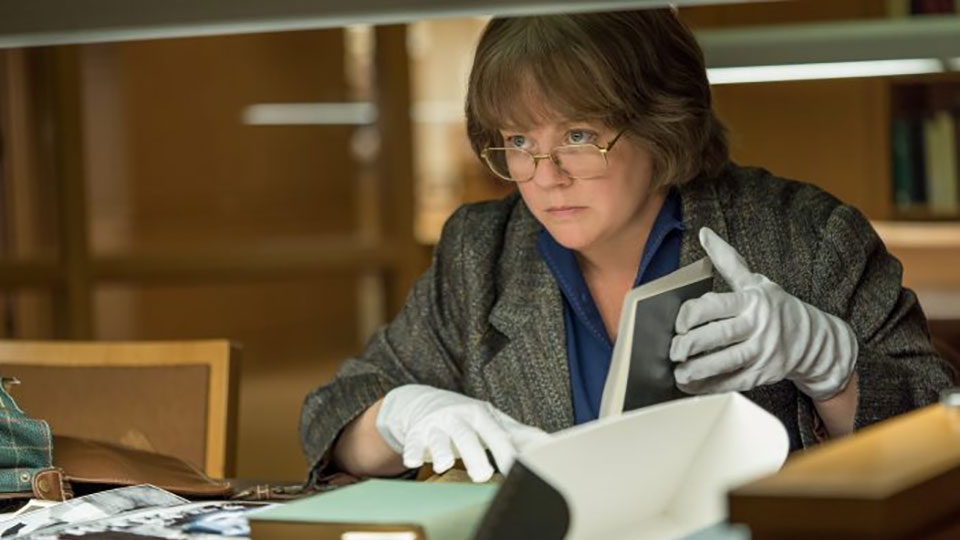 Melissa McCarthy’s new film Can You Ever Forgive Me? will be released in UK cinemas on 1st February 2019.

The film will receive its UK Gala Screening at the BFI London Film Festival on Friday 19th October at Embankment Garden Cinema. It is directed by Marielle Heller (The Diary of a Teenage Girl).

Can You Ever Forgive Me? stars Melissa McCarthy (Bridesmaids), Richard E. Grant (Withnail & I) and Dolly Welly (45 Years). The cast also includes Jane Curtain (3rd Rock From the Sun).

An adaptation of the memoir of the same name, Can You Ever Forgive Me is the true story of best-selling celebrity biographer (and friend to cats) Lee Israel (Melissa McCarthy) who made her living in the 1970s and 80s profiling the likes of Katharine Hepburn, Tallulah Bankhead, Estee Lauder and journalist Dorothy Kilgallen. When Lee is no longer able to get published because she has fallen out of step with current tastes, she turns her art form to deception, abetted by her loyal friend Jack (Richard E. Grant).

The film is written by Nicole Holofcener (Enough Said) and distributed by Fox Searchlight Pictures.

Can You Ever Forgive Me? is released in UK cinemas on Friday 1st February 2019.

Advertisement. Scroll to continue reading.
In this article:Can You Ever Forgive Me?, Melissa McCarthy