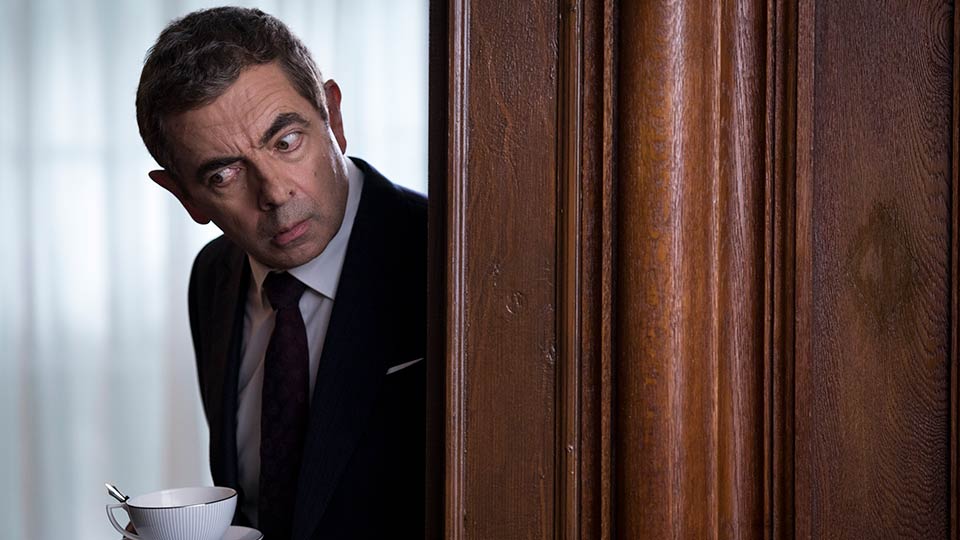 Rowan Atkinson is returning as Johnny English for a third outing in Johnny English Strikes Again and two new posters have been released for the film.

The first poster is a motion poster and lets you spend a little time with Johnny as he waves a gun around and accidentally drops it on the floor. You can see the motion poster below:

The second poster features Atkinson as Johnny English posing with a gun in his hand. The poster features the tag line ‘His licence… renewed. His intelligence… restricted’. Take a look at the poster below:

Third instalment begins when a cyber-attack reveals the identity of all active undercover agents in Britain, leaving Johnny English as the secret service’s last hope. Called out of retirement, English dives head first into action with the mission to find the mastermind hacker. As a man with few skills and analogue methods, Johnny English must overcome the challenges of modern technology to make this mission a success.

The Johnny English series kicked off in 2003 and the sequel, Johnny English Reborn, arrived in 2011. The series has taken more than $320.6 million at the worldwide box office to date.