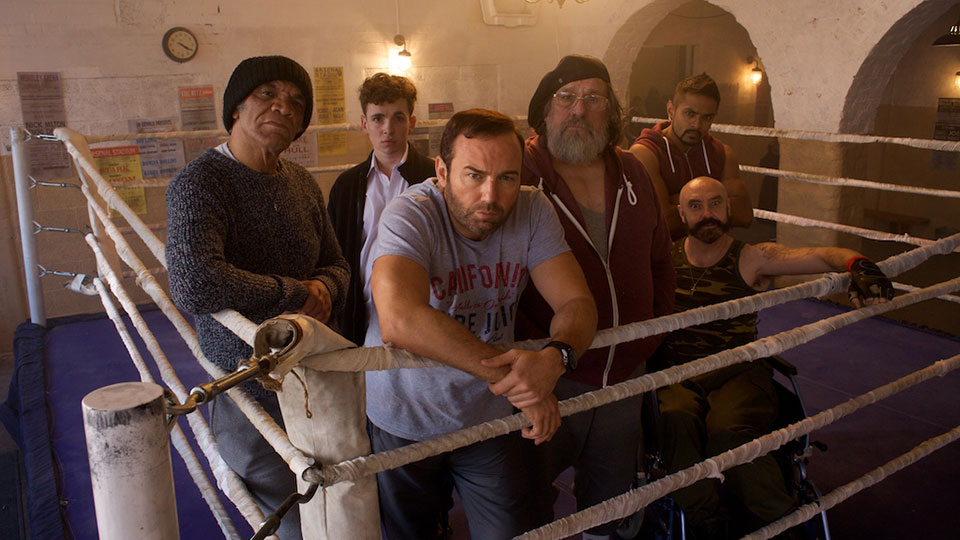 Gloves Off will premiere at The Prince Charles Cinema in Leicester Square on 19th September.

The award-winning British comedy will then be released On Demand from 24th September and DVD on 1st October 2018. The film is directed by Steve Nesbitt and co-written with lead actor Brad Moore (North v South, Golden Years).

Gloves Off follows Doug (Brad Moore) who, after the sudden death of his trainer during his championship fight, has inherited a crumbling debt-ridden gym, packed with a mixed bag of crazy would-be boxers (Ricky Tomlinson, Paul Barber, Alexei Sayle).

He must raise £50,000 fast or risk watching his mentor’s legacy re-possessed and transformed into a jumped-up Pilates parlour for stock brokers. Doug agrees to train a gypsy woman’s (Denise Van Outen) brother to fight in a £100,000 winner-takes-all bare-knuckle contest against the ‘King of The Gypsies’.

Director, Steve Nesbitt says, “Gloves Off is a comedy drama with genuine dilemmas and obstacles to overcome. The characters are complex, their relationships involved and fraught, but the laughs come with a seasoning of slapstick and satire, mixed with tonal performance-based humour.

“I wanted it to have easy to watch editing to welcome our viewers into a world of familiarity and belonging.”

The upcoming red-carpet premiere of Gloves Off will be in support of the charity, Boxing Futures. Boxing Futures is an independent charity focused on helping young people access opportunities through boxing, sport and empowering mentoring relationships.

In this article:Brad Moore, Gloves Off