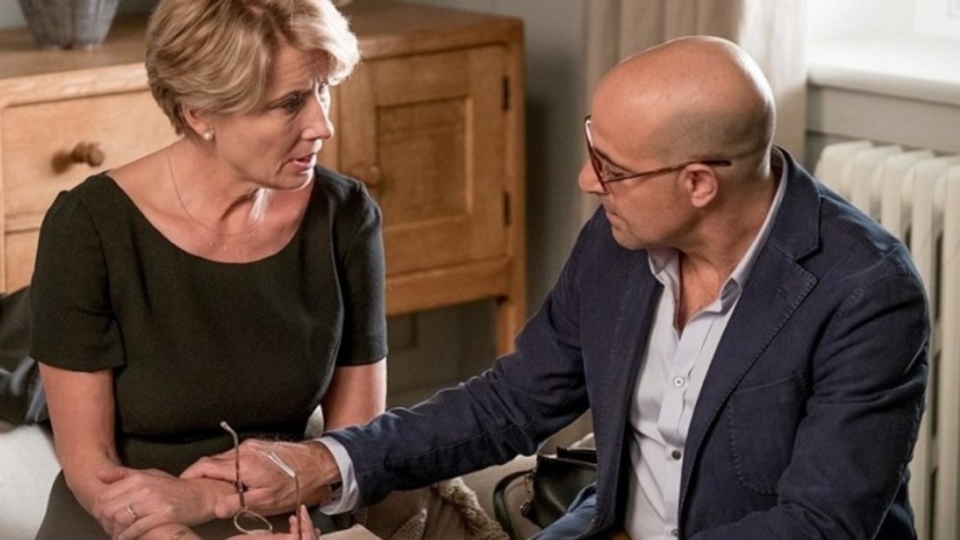 Emma Thompson, Fionn Whitehead and Stanley Tucci shine in this melodrama about a young man’s right to not receive a life-saving blood transfusion on the grounds of his belief system. Thompson plays High Court Judge Fiona May, tasked with investigating the plight of 17 year old Jehovah’s Witness Adam Henry (Dunkirk’s Fionn Whitehead) and his steadfast refusal to undergo medical treatment. As the case complicates and her personal life slowly unravels around here, Fiona must make a tough decision that will have big implications for all involved.

Emma Thompson is poised perfection whenever she’s onscreen, and is the perfect lead for this involving drama that’s punctuated with genuine emotion throughout. Thompson makes the film work with a powerful and engaging turn that immediately endears. The way she attempts to handle the complexities of her unconventional relationship with Adam is interesting to see unfold.

After really impressing in Christopher Nolan’s Dunkirk, Fionn Whitehead hands in yet another performance that makes you sit up and take notice. Firstly portrayed as a principal-driven young man, we slowly see this peel back and reveal the true person behind his bravado and Whitehead does very well in making this onscreen transition so believable. His noticeable attraction to Fiona is also explored in a realistic way which really helps towards the end of the film. In the hands of a lesser talents, their relationship could have been sensationalised but it’s to the credit of Thompson and Whitehead that they always allow the story to dictate their collective approach.

The supporting cast are all solid, with Stanley Tucci stealing his scenes as Fiona’s estranged husband who is looking to have an affair after years in a cold marriage. There’s also solid support from Ben Chaplin and Eileen Walsh as the boy’s devout parents and Trollied star Jason Watkins is sublime as Fiona’s legal aide. It’s Watkins fine performance that really strikes a chord, playing a colleague and an unspoken confidant who observes Fiona at her most authoritative and also most vulnerable.

Using the real courts and having unprecedented access to chambers and halls that aren’t usually privy to civilian eyes really helps with the authenticity of Ian McEwan’s book and subsequent screenplay. Director Richard Eyre brings a real sense of immediacy to the lens, especially at the end of the film. It’s a job, I imagine, made infinitely easier by having the assured presence of Emma Thompson in front of the lens.

The Children Act shines a fascinating light onto the court system and raises some big, and dilemma-filled questions to its audience. I would think these types of films are hard to get off the ground in this day and age, but it’s so refreshing to see an adult-aimed drama that really engages and isn’t afraid to showcase some of the complicated cases clouded in grey areas. It’s also a great glimpse into the lives of Judges and the pressure they have to deliver a verdict that respects both parties. As director Richard Eyre and writer Ian McEwan said at the recent London press conference for The Children Act, these cases have pain on both sides. It’s a balancing act, and one that has massive consequences for families. This pressured environment is well represented in the movie and makes The Children Act a worthy watch.