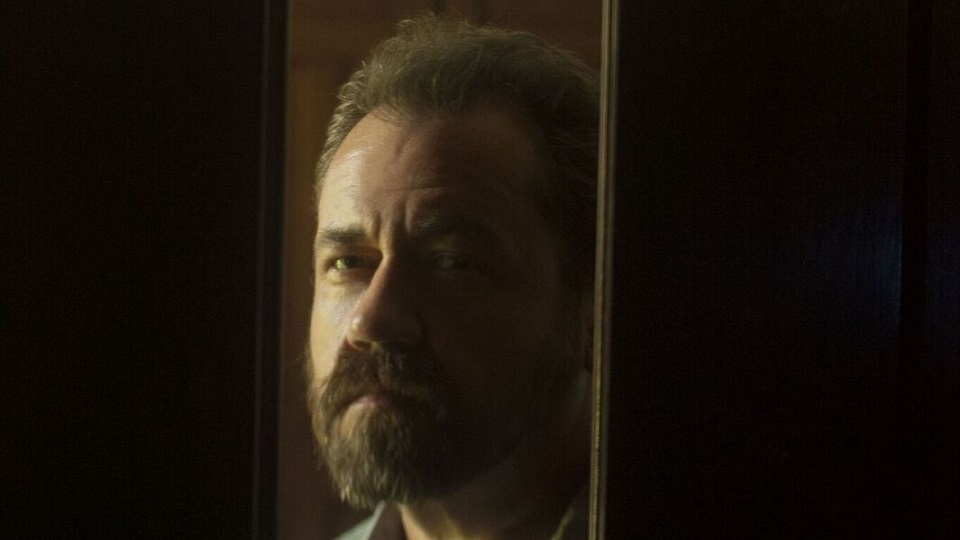 The name Dan Tyminski may not be familiar to many people, but chances are you’ll have heard his voice before. He provided lead vocals for Avicii’s smash hit Hey Brother, won a Grammy for his version of I Am A Man Of Constant Sorrow from the hit film O Brother Where Art Thou? and has been a member of Alison Krauss’ band Union Station for 25 years. Last night he and his band made UK festival debut at Nashville Meets London in Canary Wharf.

Tyminski opened his set with Breathing Fire, from his new album Southern Gothic. The rock and roll-influenced song had plenty of twang and really highlighted his bluesy, gravelly tones. It was a loud and powerful start to the performance which set the tone for much of the next hour. He followed that with Perfect Poison, a slower, atmospheric number which saw him belting out some seriously big notes!

Although Tyminski mostly stuck to songs from Southern Gothic, he also threw in a few cover versions, including the Allman Brothers’ Come And Go Blues and a version of Alison Krauss’ Dust Bowl Children which saw his band add some jazzy flourishes that gave the song the feel of a New Orleans dive bar. He also performed the two hits he’s best known for, Hey Brother and I Am A Man Of Constant Sorrow. Hey Brother gave him a chance to show off his rapid-fire guitar playing and the richness of his voice, whilst the swinging Man Of Constant Sorrow brought a honky-tonk atmosphere to Canada Square Park.

One thing which particularly stood out was Tyminski’s versatility. He’s got plenty of darker numbers in his repertoire, such as the soaring classic rock of Wailing Wall, the atmospheric yet matter-of-fact The Devil Is Downtown (co-written with Ashley Monroe) and the spooky Haunted Heart. That said, he was able to easily turn his hand to more upbeat melodies too, particularly the joyous Good For Your Soul (which reminded me of Zac Brown Band), the contrasting Hollow Hallelujah with its despairing lyrics, and the rock-influenced Wanted with its anthemic chorus. The common thread running through it all was the amount of detail he packed into the songs, which combined with his vocal really brought the stories and characters to life.

For me the highlight of the set was Southern Gothic, a tale of a Deep South small town. The vivid imagery really drew out the swampy, heavy atmosphere of the setting and its inhabitants, and Tyminski’s husky vocals were full of conviction. It was an incredibly passionate performance and I felt he really embodied the song.

After thanking the audience for coming out, Tyminski closed his performance with Bloodlne. For me the song summed up his performance with its funky bassline, blues-rock groove and a touch of growl in his vocals. After huge cheers from the crowd and loud chants demanding an encore, he returned with his acoustic guitar to perform a new track, Hurricane. It’s an apocalyptic tale with plenty of haunting religious imagery which highlighted the soulful aspect of his voice, and brought home how incredibly talented he is as a performer and songwriter.

I’ll admit that I hadn’t expected much from Tyminski but ended up being utterly blown away. He brought powerful vocals, excellent musicianship and great storytelling with a Southern rock edge, in a way that seemed to please country fans of all stripes and – based on the reaction of people around me – got nothing but rave reviews. It put me in mind of Chris Stapleton’s now-legendary set at C2C 2016 – that moment of seeing an artist who’s relatively unknown but has established themselves as the next big thing by the end of their performance. Nashville Meets London definitely saved the best til last and I can’t wait to see him back in the UK soon.