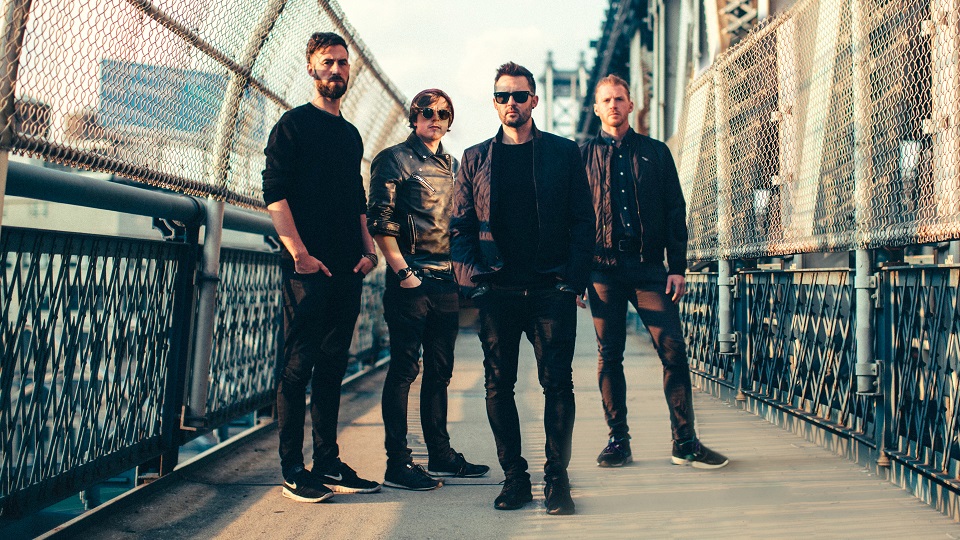 Since starting out busking on the streets of Dublin, Keywest have gone from strength to strength. The quartet have played over 300 shows, often causing streets in Ireland to come to a standstill, and their debut album The Message went triple platinum in their home country. This weekend, they brought their brand of country-rock to Canary Wharf, performing to a packed crowd at Nashville Meets London.

The band opened their set with I Never Loved You Anyway from their current album True North. It’s a driving, rocky track with heavy drums and plenty of drums, as well as great energy. From the off it was clear that the band are incredibly tight musically and have great energy, jumping about the stage and throwing themselves into their performance. They followed that with The Little Things, an uptempo number which built up into a drumming masterclass from Harry Sullivan that recalled traditional Celtic folk music.

Throughout their hour-long performance the band played songs from their previous four albums, including the stripped-back Something Beautiful and All My Mistakes, which showed off the gravel and richness in frontman Andrew Kavanagh’s voice. Kavanagh frequently broke off to joke with the crowd and talk about the band’s experience, including couples getting engaged to their jaunty song Apple Tree Hill.

One of the highlights of the set for me was the band’s cover of the Cranberries classics Linger and Zombie, in tribute to the late Dolores O’Riordan. Kavanagh’s soulful vocals were full of emotion and it made the song incredibly powerful. They then transitioned into the heavy Zombie which guitarist Jimi Lock finished with an incredible solo. I also particularly liked the John Mayer-esque This Is Heartbreak, a kiss-off to an ex with a mellow, laid-back feel that saw Kavanagh and Lock have an impressive high-note battle.

Keywest closed their performance with Somebody To Love, an uptempo number with an anthemic chorus that got the crowd clapping and dancing along. It put a fun note on the end of the set and left them finishing on a high, with many people (including myself) wanting more.

Overall I really enjoyed Keywest’s performance and felt it definitely kept the crowd’s energy up on a sunny Saturday afternoon. They were incredibly solid musically and Kavanagh is a charismatic frontman, whilst the set included a good mix of songs from across their career. Having never seen them live before, this was a great introduction to their music and I’m looking forward to watching them perform again soon.

Set list: 1. I Never Loved You Anyway 2. The Little Things 3. Something Beautiful 4. Linger/Zombie 5. All My Mistakes 6. Apple Tree Hill 7. This Is Heartbreak 8. Somebody To Love Performance date: 28th July 2018