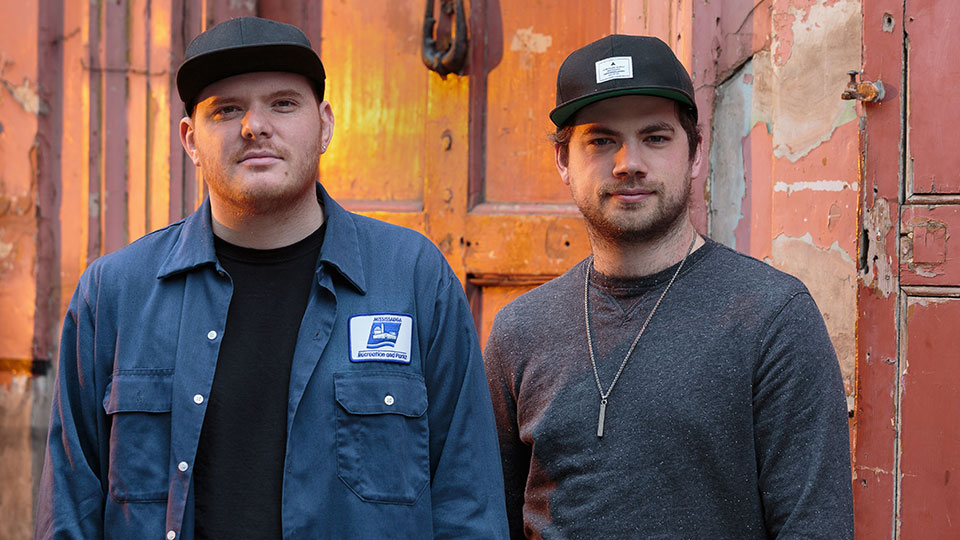 If you’re a follower of the UK country music scene, chances are you’ve come across Holloway Road. The Essex-based duo are well-known for their high-energy performances and have appeared at the likes of Buck N Bull and Buckle and Boots, as well as supporting artists including Lindsay Ell. They’ve recently been working on some new music and fans got the chance to hear it live for the first time as they opened the second day of Nashville Meets London in Canary Wharf.

Alongside their full band, Jack and Rob kicked off their performance with Little Harder. It’s a staple of their live sets and the rocky, upbeat song set the template for the rest of their performance. As always their voices sounded great together and I was particularly impressed with the power in Rob’s vocal.

Alongside fan favourites like the driving Under Cover and introspective ballad If She Falls, the band took the opportunity to showcase some of their new songs. Reckless, which was written by Levi Hummon, Donovan Woods and Todd Clark, showed off some great storytelling and wordplay, whilst Get The Girl showed off the poppier side of the duo and the swaggering, humorous Autograph had the crowd clapping along.

Two of the best new tracks for me came towards the end of the performance.  The summery Get Lit brought a slice of sunshine to a grey and damp Canada Square Park and showed off the band’s playful side, whilst the bittersweet Broke gave Jack a moment to shine. It showed that they’re not just a party band and able to turn their hand to a variety of different styles.

The band also brought their trademark cheeky banter to the stage, regularly joking with each other and throwing in a few dance moves! They also showed their ability to think on their feet by performing an acoustic version of Good Thing Gone Bad whilst sorting out some early sound problems. It’s a song they don’t play live very often, but it showed off their more emotional side and provided a nice change of pace.

Holloway Road closed their set with We Said So, another song they regularly perform live. It’s a twangy, uptempo song with a singalong chorus, and the band encouraged the crowd to join in and dance along. They finished the performance on a high and I’m sure I wasn’t the only one who wanted them to play for a while longer.

Overall Holloway Road were a great start to Nashville Meets London and definitely got the crowd in a party mood. They always put on a good show, but the addition of the new music shows how much they’ve grown as writers whilst retaining their pop-rock sound. I also thought they had good energy on stage and got the right balance between slower songs and upbeat numbers. Their new EP is out later this year and I’m very keen to hear more new music from them soon.