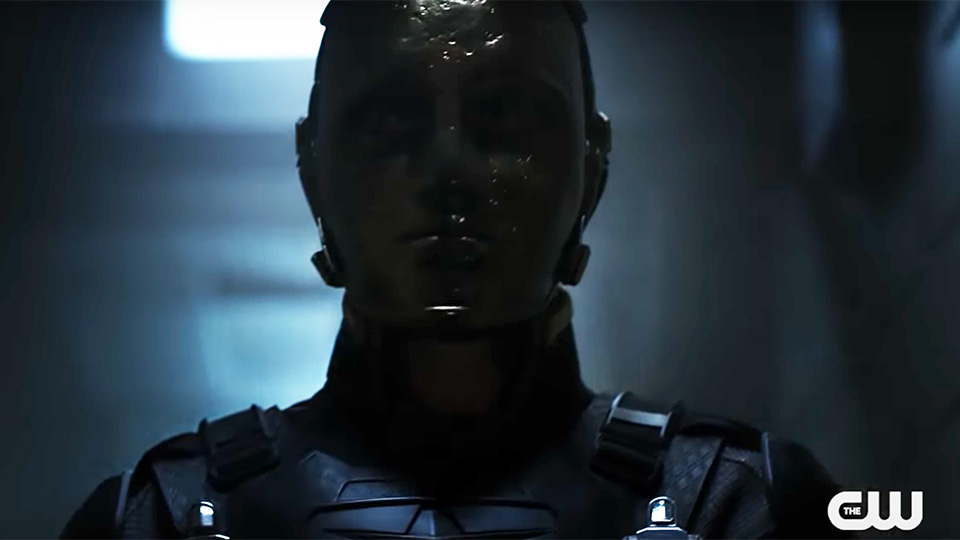 Supergirl (Melissa Benoist) will be facing a different kind of war when the show returns for season 4 later this year.

In a new trailer that premiered at San Diego Comic-Con, it looks like Supergirl and the DEO will be fighting against Agent Liberty (Sam Witwer), someone who believes that aliens and superheroes are running National City.

The trailer gives us our first (very dark) glimpse at Agent Liberty, although we don’t see his face, and it ends with what looks like Supergirl in a new costume. The latter could be Supergirl’s clone though who was seen in Moscow at the end of season 3.

Supergirl’s fourth season will see the show undergo quite a shake up. Chris Wood isn’t returning as Mon-El and Jeremy Jordan will no longer be a series regular as Winn.

The season will see Sam Witwer (Smallville) join as Agent Liberty and it will feature the first transgender superhero on TV Dreamer played by transgender actress Nicole Maines. The cast will also add April Parker Jones as series regular Colonel Haley and David Ajala on a recurring basis as Manchester Black.

It was previously confirmed that Jesse Rath will reprise his role as Brianiac-5 as a series regular following his debut during season 3.

In the US Supergirl will be shifting to Sunday nights starting 14th October and it’s expected to return to Sky 1 in the UK shortly after.

Advertisement. Scroll to continue reading.
In this article:Supergirl