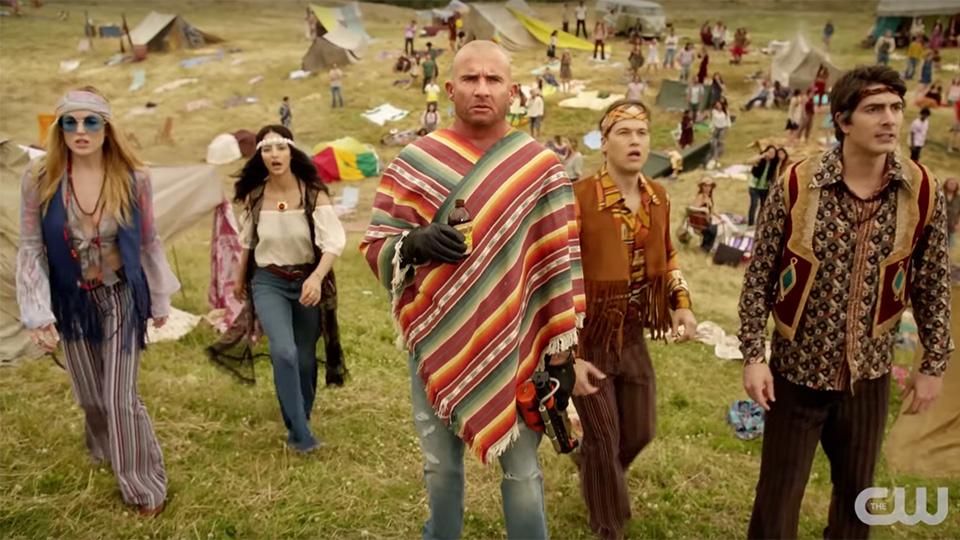 DC’s Legends of Tomorrow may be sitting out this year’s Arrowverse crossover but it looks like they’ll have enough to do judging by the new season 4 trailer.

After defeating Mallus during season 3, the Legends unleashed a whole host magical creatures without realising it. The realisation comes when a unicorn materialises as the team appear to be enjoying life as hippies in the 60s during Woodstock.

Matt Ryan, who plays John Constantine, is featured heavily in the trailer and he’ll be a series regular when the show returns. Mostly shown with his shirt off, Constantine warns the Legends about what they’ve done and it looks like he’s reluctant to become a full-time member of their team.

Sara (Caity Lotz) and Ava (Jes Macallan) look pretty cosy in the trailer with Ava telling Sara that the Time Bureau needs the Legends more than ever.

Macallan will be a series regular for season 4 as will Courtney Ford who played Nora Darhk last season. Keiynan Lonsdale has departed the series after a brief time on the Waverider as Wally West and Arthur Darvill will not be reprising his role as Rip Hunter.

Maisie Richardson-Sellers departed as Amaya but she’s been confirmed to return this season as new character Charlie. Adam Tsekhman will also be back as Gary and he can be seen briefly in the trailer.