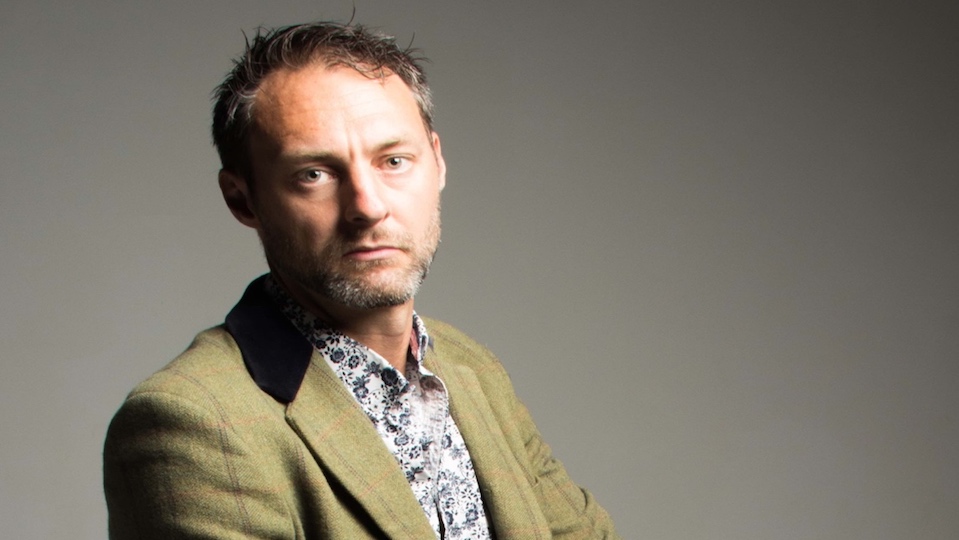 Scottish Comedian of the Year (2017) Leo Kearse will once again be ripping into liberals in his follow up to last year’s show, I Can Make You Tory.

There’s a liberal bubble surrounding the Edinburgh Fringe and Leo is a man intending to prick it. Here’s what happened when this left-leaning interviewer spoke to Leo to find out what we can expect this year.

So, is Right Wing Comedian a follow on from last year’s show?

Yes, I’ve kept it more open-ended as the problem last year was being constrained by the title into convincing people to vote Tory. I got criticism if a certain section wasn’t about why to vote. Now I can cover anything from a right-wing perspective. I’ve more scope to write. I think it’s going to be funnier.

Have you had much of a backlash from audiences?

Last year, I had some people turn up to demonstrate against the show as if I was a wing of the Tory Party, like it was a G20 summit! I was playing a free show in the back room of a pub! I had people in who were trying to mess with the show, which can put a weird atmosphere in the room. I shouldn’t have done a free show, I should’ve done a paid venue but I don’t have rich parents who’ll fund me through the Fringe. There’s a lot of virtue signalling in comedy, amongst comedians. Some will claim to be left wing when they’re actually pretty despicable people.

So are you backing ‘despicable people’ in the Tory party to get a conversation going?

What’s despicable about the Tories?

Well, we haven’t time to get into a full on political debate but they’re not the most caring of parties…

They’re running the country. People want this fantasy world where the government comes round tucks you into bed and wipes your arse for you. Really, I just want a small government that does the basics and stays as uninvolved in people’s lives and businesses as much as possible. I think that’s healthy government. History has shown that right-wing governments do a lot more good. By that I mean the likes of Angela Merkel, I don’t mean the Nazi Party. There’s left wing governments that do a lot of bad. Iran, Venezuela… Economically the Tories have run the country far better than Labour. Without a strong economy you can’t have a strong education or the health service.

What do you say to the accusation that the Tories are dismantling the NHS?

For the vast majority for the NHS’ existence it’s been under Tory control. The Tories have been in power over a decade and the NHS is still there. Yes, there are ways to improve efficiency by using the private sector but I think that just makes sense.

Have you found that audiences are open to hearing your side rather than left wing comedians coming out with the same spiel?

Mostly people get on board with it. I’ve had people come up after the show, a few students after last year’s show, who say they don’t feel they can speak their minds. I don’t think stifling free speech is progressive. A lot of society – especially the left – has really disappeared up its own arse. Allowing diversity of opinion has completely flipped now. It’s very reductive and not at all helpful. I think that’s why people don’t see themselves as left now when maybe they would’ve done in the mid-nineties. There’s so much virtue signalling that goes on online – and I understand why people want to look good on social media – but it’s so blatant. Tories legalised gay marriage, I think they are more progressive than they’re given credit. The thing is, the Tories are terrible at PR but they’re running the country better than the alternative could.

Do you think it stifles comedy if everyone’s sat there nodding along in agreement, then? You find that boring?

I don’t see anything funny about doing stuff about Jeremy Corbyn and that we need to ‘share the wealth’. Do we? If you want to pay more tax, you can pay more tax. There’s always this nebulous group ‘the rich’. Everyone will get taxed more if socialists get into power.

How long have you done comedy and why have you taken it in a political direction?

I’ve done comedy for 9 years, I grew up in Penpont, South West Scotland. I worked in government, near Downing Street, for a while, I worked in policing to improve the way services are delivered for 15 years. I’ve seen the waste. The audience are allowed to disagree with what I say, but they can still find it funny. People have to remember it’s a comedy show not a manifesto.

And you’re part of the Free Fringe again this year?

Yeah, maybe I should have done a paid venue but I think it’s a more fun audience. You can get students in and I want to make it accessible for everyone rather than those who can afford the price of the ticket.

For the many not the few, yeah?