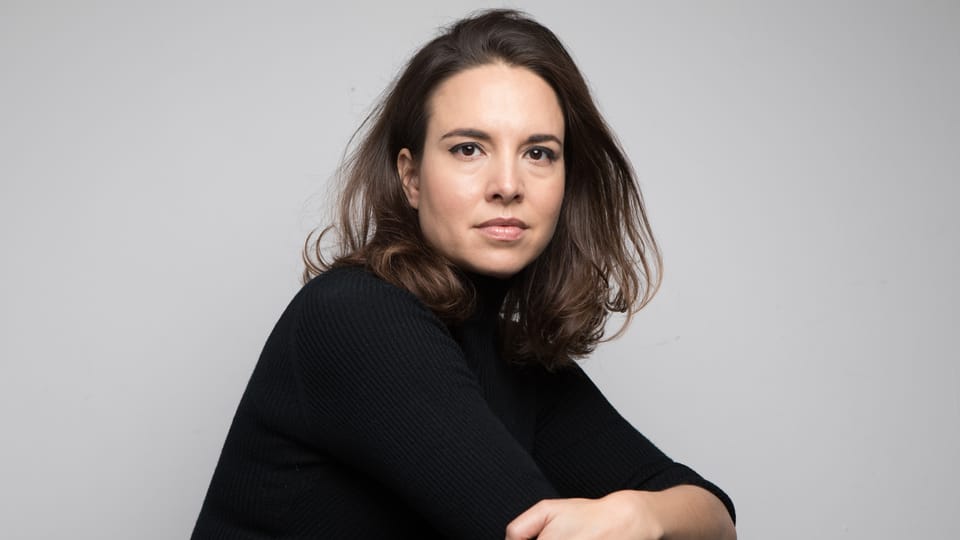 Born in Germany, Ingrid Oliver spent her early childhood in Kuwait before attending Tiffin Girls’ School in Kingston and then reading Modern Languages at New College, Oxford. On completion of her degree she trained at Arts Educational Schools, London. Inspired by actors including Doris Day, Judy Garland, Barbara Streisand and Julie Andrews, she watched a lot of television and read biographies of Hollywood icons growing up – all of which motivated her to enter a career in entertainment.

Following sell-out shows at the Edinburgh Fringe Festival with her comedy partner Lorna Watson, they were commissioned for their own television sketch show (Watson & Oliver) on BBC Two. Her career has also seen her cast as scientist Petronella Osgood in the 50th Anniversary special of Doctor Who – a role which she reprised in subsequent series starring alongside Peter Capaldi and Jenna Coleman.

She will also be seen in guest roles in BBC Two’s Defending the Guilty and long running BBC crime drama Silent Witness. In late 2019 she stars alongside Emilia Clarke, Henry Golding and Emma Thompson in Last Christmas, a romantic comedy directed by Paul Feig.

We caught up with Ingrid to get the low-down on The Hustle, her career and her upcoming role in Last Christmas.

Can you tell us about your brand new movie The Hustle and the character that you play?

The Hustle is a reimagining of Dirty Rotten Scoundrels with Rebel Wilson and Anne Hathaway playing the two grifters. I play Inspector DesJardins a French police detective and Anne’s right hand woman.

I auditioned for Chris Addison who I’d worked with before. I presumed I hadn’t got it as I knew they were going older with the part but to my amazement, I did!

What was it like working with Chris Addison as a director?

He’s so brilliant. He’s just a great comedy director. He has funny bones so he steers everything in the best, most comedically satisfying direction.

You star alongside Anne Hathaway & Rebel Wilson in the film; did you enjoy working with them both?

Working with them was a bit of a dream. Anne would sing musical numbers to me between takes. I was an audience of one, thinking “Oscar winner Anne Hathaway is singing for me”. It was surreal. And in my scene with Rebel she very generously allowed me to improvise with her. It was a bit daunting at first because obviously she’s the queen of improv.

You are part of an all-star ensemble for Paul Feig’s new movie; the romantic comedy Last Christmas starring Emilia Clarke and Henry Golding. What can you tell us about that project and the character you play?

All I can tell you is that it’s a romantic comedy written by Emma Thompson, who is one of the funniest, warmest people alive and directed by Paul Feig who just encourages everyone to be the funniest they can be. It’s going to be absolutely joyous. An instant classic.

What was your experience like working on Last Christmas?

I loved every minute of it. We got to film in Covent Garden at Christmas time and it was absolutely magical with all the twinkling lights. Emma Thompson has long been a hero of mine so working with her was a dream come true. I had to pinch myself.

Have you seen any of the new Doctor Who episodes with Jodie Whittaker, and if so how do you think they compare to when you appeared on the show (as Osgood)?

I have of course seen Jodie’s Doctor Who episodes. I like the fact that they’re appealing to a family audience again and trying to broaden its appeal and the nature of the stories that they’re telling feel very relevant to today. I think it’s absolutely the direction Doctor Who should be going in.

Do you have a preference between Stage, Film or TV acting? What’s more challenging?

I love all of it. I find stage acting more challenging because it involves a technique that I’m less familiar with as most of my work has been for the screen, but I love a challenge. I like the honesty of acting for TV and film. You can’t fake it. It has to be truthful.

You recently wrote and directed your first short film – The Story of Ken. What was that experience like?

It was great. It satisfied an itch I’ve had for a long time to direct. I’m quite controlling so I enjoyed having a say over every aspect of the production. When you write something and then get to translate that vision to the screen it’s very satisfying. I’ve directed a few other things since then so it’s clearly an itch that won’t go away.

You’ve appeared at the Edinburgh Fringe Festival many times now. Many have said performing there has a distinctly different energy & vibe to other live work. How was the experience for you, and will you return to that stage again soon?

I love the Edinburgh Festival. It’s how I got my big break as part of the double act Watson & Oliver. What’s great about it is the immediacy of the reward – you write something, you hire a space for a month and are guaranteed a pretty discerning comedy audience. And there’s about a thousand like minded people up there doing the same thing at the same time. It’s like comedy summer camp. I’d definitely do Edinburgh again. But maybe with less drinking.

Do you have fond memories from working on Angus, Thongs and Perfect Snogging; a film that was a launching pad for many young actors working in the industry today?

I was only on Angus Thongs for a couple of days and it was my first big job so I was mainly just terrified the whole time. I couldn’t tell you single thing that happened on that set!

Tell us about the podcast Remainiacs that you recently joined?

It’s a podcast that talks exclusively about Brexit. Following the referendum in 2016 I’ve just been very angry at the amount of misinformation that politicians have peddled in public, so this is my way of addressing that. We have economists, lawyers and trade experts on the show who really know what they’re talking about. It’s been a welcome antidote to all the nonsense.

When I was 12 I used to go to my local library and take out autobiographies about Liz Taylor, James Dean and Marlon Brando. I was obsessed with Old Hollywood.

I’m appearing in a new comedy series called Defending the Guilty for the BBC later this year.