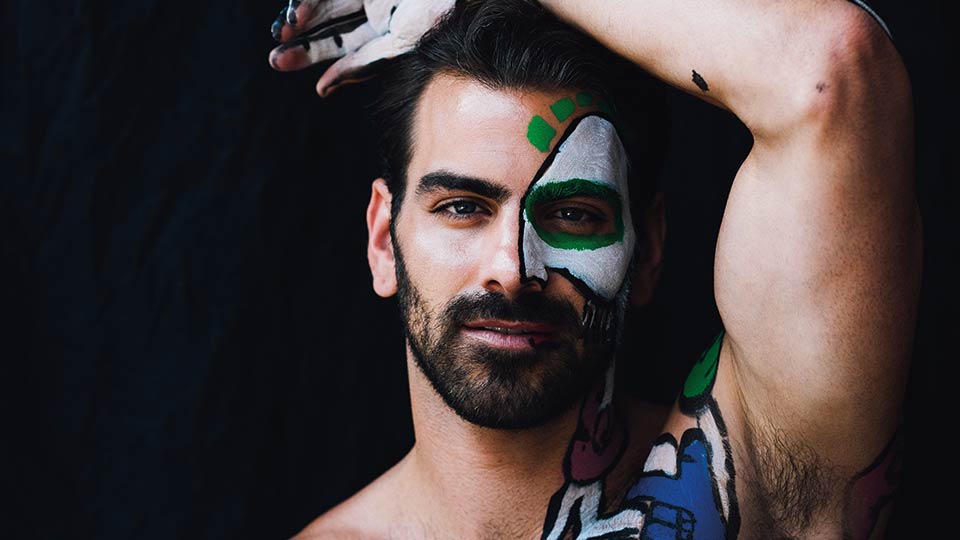 Model, actor and activist Nyle DiMarco has done a cover shoot for the July issue of Gay Times.

Covered in American Sign Language across his body, DiMarco speaks to the magazine about being sexually fluid, growing up deaf and the importance of visibility.

“There is a massive number of people, groups of people, who are not being heard or who are overlooked. Despite the power of social media, which could be a useful tool to educate people, we’ve become so divided and so afraid to open up, listen, and communicate. We need to start listening to each other. How can 466 million people with hearing loss join in on that conversation and find their ‘identity’ if they are denied access to what they’re saying? Often there are not interpreters at Pride events for Deaf LGBTQ people and allies. The best solution is to have Deaf and people with disabilities involved in organising Pride events,” says DiMarco.

In the issue he opens up about growing up deaf revealing, “I’m the fourth generation in my family that is Deaf. My two brothers, parents, grandparents, and great grandparents are all Deaf.”

“American Sign Language is my native language. ASL gave me the language foundation I needed for success from an early age. Growing up with ASL I was able to dictate my life, able to define myself, and able to identify myself as Deaf Queer with pride and confidence – without language and communication barriers.”

During the cover shoot, DiMarco also opens up about his sexual identity. “I believe we always need more education around the idea that sexuality is a spectrum. When a person asks me what being fluid means, I always tell them that there is no one right way to define fluidity.”

“There needs to be more positive representation of male fluidity. Everyone should feel represented and valued and that has a lot to do with who we see on screen.”

“I always felt different. Growing up was a little difficult because I never talked about it and I didn’t have role models who were like me. When I started talking about it, it got much easier. It helped me discover my identity. Talking about it also helped me realize that despite not having role models growing up, I could be one for the future generation.”

The full interview is available in the latest issue of Gay Times, which is available now. For more information visit http://www.gaytimes.co.uk/.

In this article:Gay Times, Nyle DiMarco