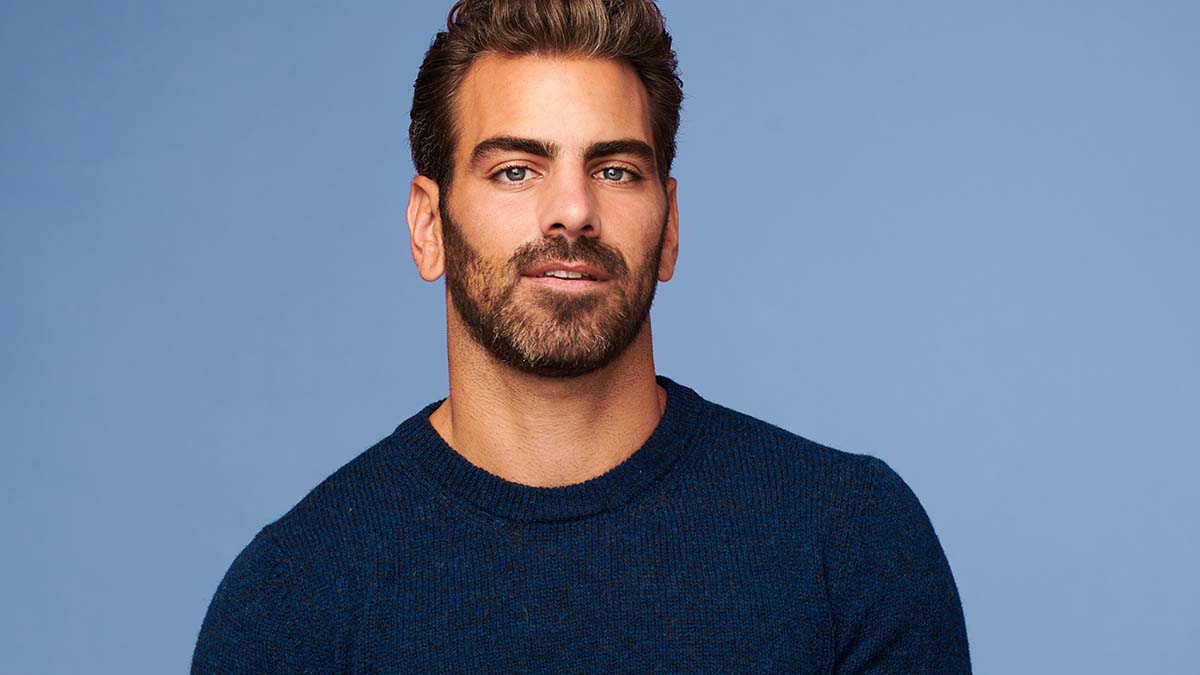 Nyle DiMarco has made quite the impact since he rose to fame as the winner of ‘America’s Next Top Model’ in 2015. The second male winner of the series and the first deaf winner, DiMarco has used his platform since to represent the deaf community and dispel many myths that exist around it. Shortly after his ‘America’s Next Top Model’ win, DiMarco wowed on ‘Dancing With the Stars’ with his partner Peta Murgatroyd and he went on to win the show, taking home the coveted glitterball trophy. Those two reality shows turned DiMarco into a globally recognised public figure and his work since then has helped to change the perception of Deaf people not only in America, but across the entire world.

Now DiMarco is turning his hand to being an author, releasing his memoir ‘Deaf Utopia: A Memoir – and a Love Letter to a Way of Life’ with Robert Siebert. Unlike many memoirs, ‘Deaf Utopia’ isn’t a self-centred opus spilling juicy tales from the star’s life, it’s actually a deeply touching exploration of what it’s like to grow up Deaf along with a history of how the Deaf community has had to fight for the same basic rights as everyone else. Whether you’re aware of DiMarco or not, you’ll find plenty to enjoy here and if you’re like me, you’ll struggle to put it down once you start reading.

Each chapter of the book opens with a snippet of history as DiMarco educates the reader about the hard-fought path that the Deaf community has been on his entire life, and well before. Whether he’s telling the history of Gallaudet University, a school for the Deaf, or discussing the introduction of the Americans With Disabilities Act (ADA) by George Bush in the 90s, DiMarco proves to be an engaging and gifted narrator. These moments he shares will likely be news to us hearing readers, and it really opened my eyes to just how marginalised the Deaf community has been throughout history.

One purpose of DiMarco’s book is to change the conversation around Deaf people, encouraging the reader to think less about what they are perceived to lack and more about what they have to offer. He explains growing up in a Deaf family and the pressures put upon him by schools and the wider world to use hearing aids and develop speech, when he preferred to use American Sign Language (ASL), a form of communication vital for Deaf people in America. Throughout the book he writes in ASL gloss, the way ASL is written as dialogue, to educate readers about how the language works and how it differs to spoken English. I found this part fascinating and the passionate way he talks about ASL had this reader wanting to learn the language.

Of course, DiMarco delves into his time on ‘America’s Next Top Model’ and ‘Dancing With The Stars’, and those take up a good chunk of the book, but rather than share gossip about his time on either show, DiMarco shares his experience of being the first Deaf contestant on both. During his time on ‘America’s Next Top Model’ he found himself set adrift with no interpreter putting him at a disadvantage while on ‘Dancing With the Stars’, DiMarco had to educate his partner Murgatroyd about how to dance with a person who couldn’t hear the music they were performing too. It’s an insight I’ve never read about before and DiMarco highlights the challenges that Deaf people face every day.

Outside of those two big moments in his career, DiMarco also opens up about his journey of self-discovery when it comes to his sexual identity and how he was outed by a Deaf Vlogger before he was ready. He shares conversations he had with family and friends about his sexuality, as well as tales from across his life allowing us to understand the journey he’s been on. DiMarco always comes across as open and upfront, hoping his experiences can help someone else who may be following him.

The heart of the book though is DiMarco’s relationship with his family, especially his mother Donna. It’s clear the two has a close relationship, as DiMarco does with his brothers Neal and Nico too. He shares stories of the strong example Donna set for her children in fighting for their rights and standing up for themselves, and the tireless mission she was on to educate hearing people about Deaf people. Some of the moments are actually quite shocking and it really hits home just how differently Deaf people are treated.

‘Deaf Utopia: A Memoir – and a Love Letter to a Way of Life’ is a book I simply couldn’t put down. DiMarco’s storytelling draws you in and he has an ease that allows you to switch off the outside world. As a public figure he’s already done an incredible amount in terms of raising awareness of the Deaf community and changing perceptions, but this book is going to take things even further. DiMarco doesn’t want to be seen as someone lesser due to being Deaf and his tireless work to educate the world is admirable. Now with his fingers in acting and producing, as well as modelling, DiMarco is setting an important example to young Deaf people and showing the rest of the hearing world that being Deaf shouldn’t be a barrier to pursuing your dreams.

Advertisement. Scroll to continue reading.
In this article:Featured, Nyle DiMarco