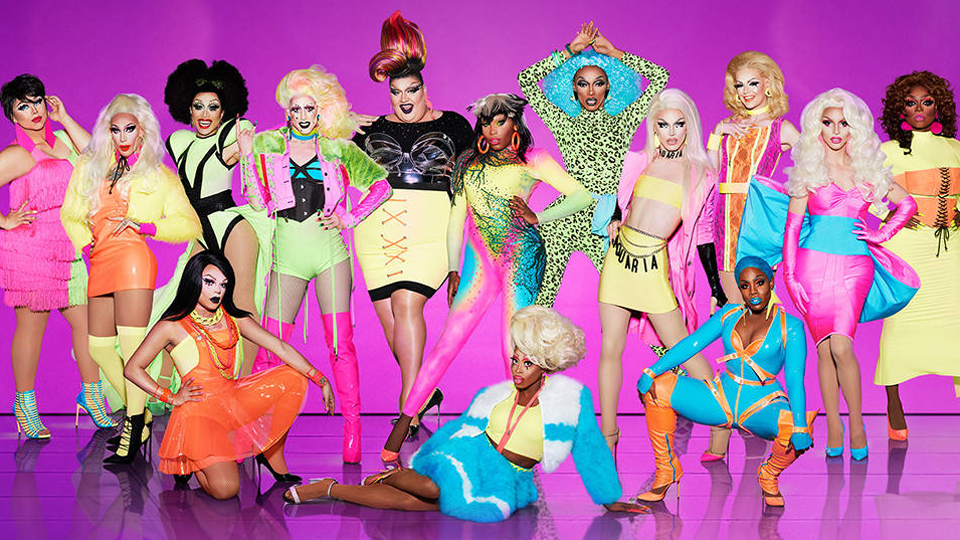 SPOILER ALERT! Do not read on if you don’t wish to know which queens have made it to the final of Rupaul’s Drag Race Season 10.

We’ve become a bit obsessed with Rupaul’s Drag Race having binge-watched seasons 2 to 10 on Netflix.  Seeing the amazing costumes, hair and make up is one thing but add on the talent, wit and personalities and it’s a recipe for success.

As a show, it’s continued to grow and grow in popularity with the current season (10) being the most watched yet.  After nearly three months of challenges, this week Rupaul will crown America’s Next Drag Superstar, but who should it be?  Let’s take a look at the finalists.

Season High Point: Aquaria has been consistently amazing on the runway and often up there in the challenges.  Our highlight was the American challenge late on in the competition when contestants were asked to write lyrics and perform with dancers to Rupaul’s track American.  Aquaria looked every inch the superstar as she strutted her stuff looking like a whole host of Madonna references including Vogue and Material Girl.  The lyrics she wrote summed up her confidence and tongue-n-cheek humour.

Season Low Point: Aquaria ruffled a few boas from the start with her incredibly self-confidence and determination to win.  One particular moment that stands out as Aquaria taking herself too seriously is the Pharmarusical challenge where she was supposed to be playing a bitter old queen, but looked pretty glamorous and not old at all.  She almost repeated this mistake in the Kings of Social Media challenge, when she seemed to have spent more time on her own appearance than her new family member.

👑 from @kingsleyyy to queensleyyy 👑 so proud of how stunning my daughter Capricia Corn came out ❤ it was such a joy to get to work with Kingsley and my only regret is that I wish I could have prepared her better, but I think we made the best with the only clothes I had left to wear! I’d originally planned for the looks to be swapped so I would have had a second to style the red skirt better but Miss Capricia made the judges eat it nonetheless 💄 We may not have placed high but this princess will always be royalty to me 🌹 my jacket and Kingsley’s corset by @hanaquist ⭐ #AgeOfAquaria #TeamAquaria #DragRace @rupaulsdragrace @vh1

Best Runway Look: Aquaria has been the standout on the runway so we are spoiled for choice; the luca libre look, the bunny girl floating hat look, the good and evil twins, the list goes on! If we were forced to pick a fave it would have to be her Glitterific look complete with eyes made of sequins.

Season High Point: Asia has been the mother of the group this year and it was apparent early on when she spent time helping nearly all the other queens on their End of the World party outfits. She’s also taken on the brave task of trying to tame The Vixen, getting quite upset in the reunion show when The Vixen walked off set.  She also wasn’t afraid to get her ugly on in the Buttrface app advert!

Season Low Point: You can’t willingly help people then turn on them when you end up unhappy with your own performance and that’s exactly what Asia did on the very same End of the World party task when her outfits weren’t up to scratch. She blamed the other girls for taking up her time and stopping her from perfecting her own outfits. We think she was just lashing out in the moment, but still not a good look on you Ms Asia!​

Best Runway Look: The tweetie pie look was cute and clever and her evil twin was dark and sinister (those semi deflated balloons!), but our favourite was her Hat week outfit where Asia was ready to blow everyone away with her dandelion helmet and green velour dress.

I was so nervous doing this challenge deep down because I was so starstruck working with @frankiejgrande. Honestly watching you can’t tell but underneath it all I was very nervous. I wanted to transform her into a real (O’Hara) and baby in Johnson City TN where im@from all my kids were screaming cause she was O’Hara Boots!! I love you all! #teameureka #doublechinforthewin #beyourselftofreeyourself #PHAT #carebear #elephantqueen #🐘👑 #amazons #phatfashionicon #season9 #season10 #rupaulsdragrace Always stay updated on my website at www.eurekatheelephantqueen.com

Season High Point:  Eureka has delivered pretty solidly throughout the competition using his larger than life personality and humour to stand out from the pack.  Our best Eureka moment came in Kings of Social Media week when he had Arianna Grande’s brother Frankie to induct into his drag family.  The family resemblance between Eureka and Frankie was remarkable as the pair worked a slightly Disney villianesque look.

Season Low Point: Eureka claimed that PTSD from her season 9 cheerleading injury was making her go into meltdown on episode 2’s Pharmarusical task, we wondered if she might be being a lot over the top. She struggled with the choreography (set by Drag Race alum Alyssa Edwards) and then when it came to showtime, she focused so hard on the dance moves that her lip syncing needed a collagen injection.  In a later episode, she proved she’d gotten that out of her system when her and Kameron gave one of the best lip syncs for your life across all seasons.

“Feathers head to Toe” My Sister @bufffaye let me Borrow this dress! In drag your sisters help each other but if you don’t wear it right then what’s it matter! Photo By @theroxytaylor Gown: @bufffaye Jewelry: @beauty_and_elegance_designs Hair By: @kaozbybrandonmcdaniel

Best Runway Look: Eureka has been bringing it for the larger queens, but our favourite has to be the queen of the crows, black feather outfit and her trademark up pony tail do.  Oh no she better do!

Category is: HATS INCREDIBLE 💫 I have a whole new costume for this, but the headpiece is lost somewhere in the mail 😔 Sorry west coast, I was suppose to have it with me! . . . [costume: @troycford] [headpiece: @hausofcurio]

Season High Point: After sliding by under the radar for several weeks, the seemingly shy Kameron snapped out of it in Cher week and delivered sixties Cher realness with an on point impression of the iconic lady including holding down a decent tune – not a lip sync in sight that week!

Season Low Point: Whether it was her quiet personality or her more cosplay costume style, Kameron found himself in the bottom two an astounding three times and I think she felt it harder than the girls she sent home.

Best Runway Look:  The first time we stood up and took notice of Kameron was her maleficent black feather look, but we also loved her space age, rings of Saturn headpiece for Hat week – how is your head Kameron?  We couldn’t not include her amazing doddery Kameron in 50 years look – he truly took that challenge to another level of realism.

Tell us who you think should win on our twitter channel @EFTelevision.