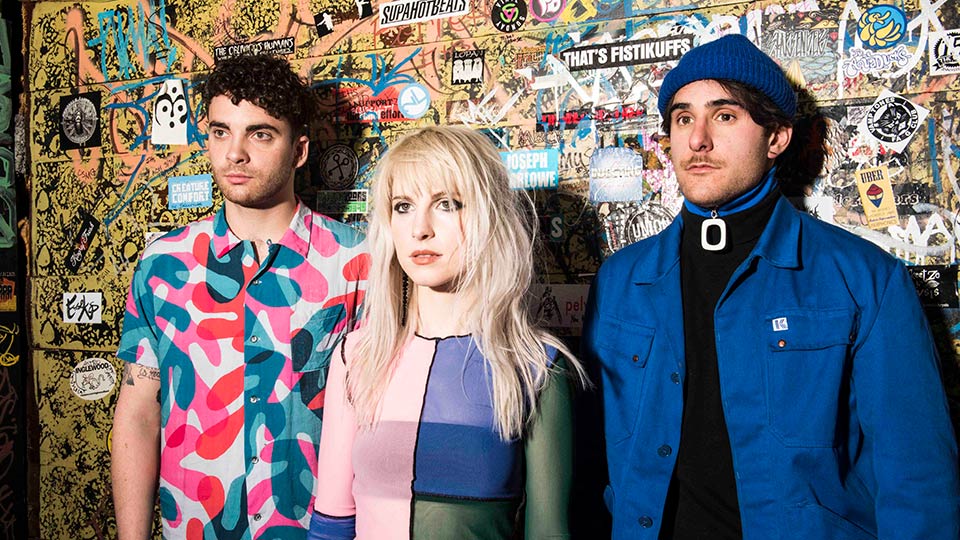 Paramore have released the music video for Caught in the Middle, the latest single from their fifth studio album After Laughter.

Directed by Computer Team, the retro video features bright colours, low-res visuals and a lot of fruit (?!). You can watch it below:

Along with the release of their new video, Paramore have also announced a special concert event in their hometown of Nashville. Taking place on Friday 7th September at Nashville Municipal Auditorium, Paramore Art + Friends is a one-night-only celebration of the city’s music and arts community.

The event will feature a headline performance by Paramore and support from friends and local artists including COIN, Bully, Canon Blue, Liza Anne, and Nightingail.

“We want to celebrate our hometown and the fast growing, wacky and wonderful alternative music and arts community of Nashville. We want to show you what our fine city has to offer, outside of bachelorette parties and karaoke bars…Take it from a group of kids who grew up right here in this city – the new Nashville is definitely alright with us. We’re excited to give everyone a chance to experience Nashville the way we do,” says front woman Hayley Williams.

Paramore released their latest album After Laughter in May 2017 and it’s spawned the singles Hard Times, Told You So, Fake Happy and Rose-Colored Boy. The week of release, the album peaked at number 6 on the Billboard 200, giving the band their third consecutive Top 10 chart debut.