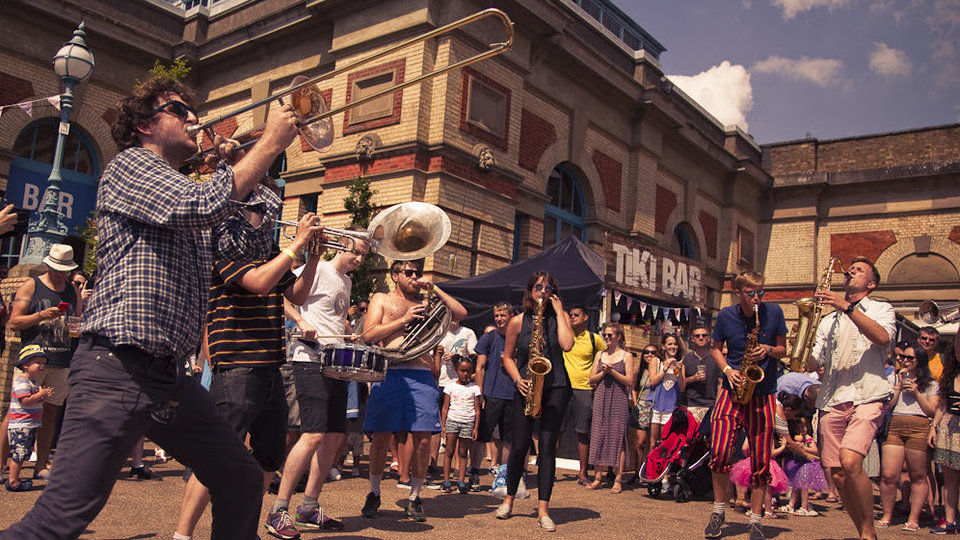 Kaleidoscope are proud to welcome the writers collective, Caught by the River. Other artists include H is for Hawk author Helen Macdonald, in conversation with BBC Radio producer and author Tim Dee, who edited the anthology Ground Work: Writings on People and Place, to which she contributed. Plus the festival will include be author John Andrews, long-time contributing poets Will Burns and Martha Sprackland and former Hefner frontman Darren Hayman will also be making an appearance to perform songs.

Elsewhere Kaleidoscope is also intent on providing top food from Exmouth Market, Mother Clucker with their mouth-watering fried chicken. There is also delicious dishes courtesy of London’s original mac and cheese dealers, Anna Mae’s, and for the plant-based festival goers, Biff’s Jack Shack has filthy vegan goodness with fried jackfruit for all to enjoy!

Arancina Pizza will also be on hand providing their original pizza alla palla at Ally Pally! There’s also Bow Belly with delicious veggie and vegan treats to make your belly happy. Los Churros Amigos will also be there equipped with fresh churros with the finest Belgian Chocolate. Bandit Street Food are also stopping by with badass BBQ, burgers and wraps to feast on.

The festival will also cater refreshing beverages from some of the capital’s best drinks providers. The finest craft brews will come directly from main pour partners, Meantime Brewing. There will also be more delectable crafts from Fourpure Brewing Co.

Kaleidoscope will take place in London on 21st July.

Advertisement. Scroll to continue reading.
In this article:Kaleidoscope