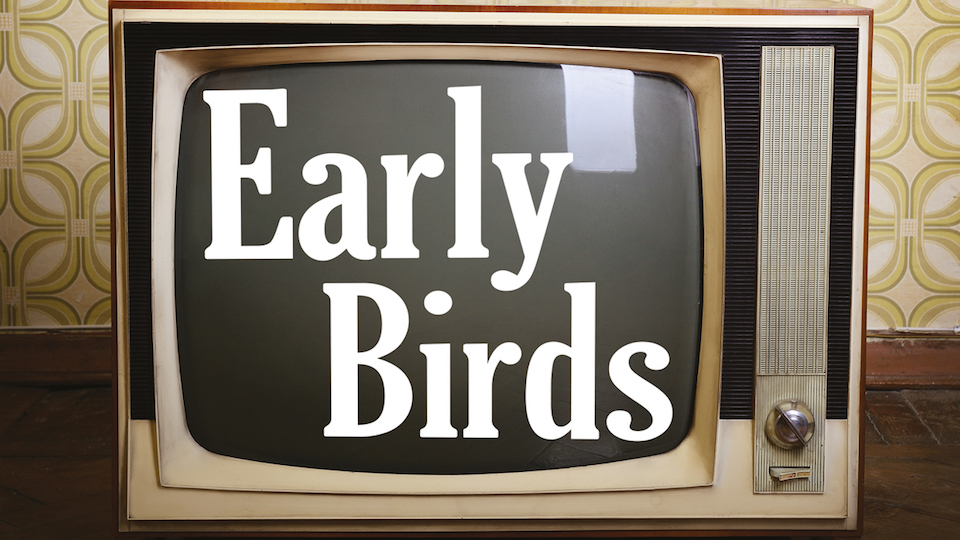 Early Birds, a new play from the writers of Birds of a Feather, Maurice Gran and Laurence Marks, reveals the incredible true story of the well-loved sitcom’s birth.

Early Birds starts with a chance encounter in a West End hotel, and ends with a show considered so saucy it was nearly cancelled two weeks into its run!

Alongside the TV classic Birds of a Feather, writers Laurence Marks and Maurice Gran are known for their well-loved TV shows The New Statesman, starring Rik Mayall as slippery Tory MP Alan B’stard and Goodnight Sweetheart, featuring Nicholas Lyndhurst as the adulterous wartime-traveller Gary Sparrow. Theatre writing credits include Dreamboats and Petticoats, Save The Last Dance For Me and Dreamboats and Miniskirts.

Early Birds will be directed by Alexandra Sumner-Hughes, with sound and light design by Dickson Cossar. It is produced by Q Productions.

In this article:Birds of a Feather, Edinburgh Fringe Festival, Laurence Marks, Maurice Gran