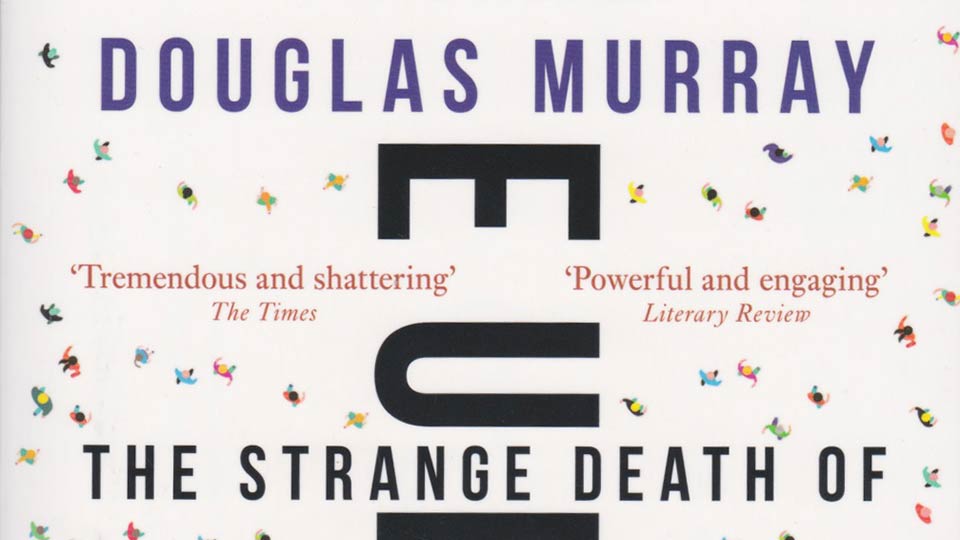 Since we favourably reviewed last year’s release of Douglas Murray’s The Strange Death of Europe – Immigration, Identity, Islam, the title has become an international bestseller and been translated into multiple languages. It’s not hard to fathom the reasons for its global success. The book is thoroughly-researched in the main issue of the migration crisis in Europe since 2015, and presents a cogently-argued and beautifully-written account of the crisis of European identity, and the problems that the two simultaneous crises have brought about across the west. It’s a subject that affects us all.

But these are precisely the topics you’re not supposed to talk about in polite society, less still even think about. The fact that Murray does so at eloquent length here is the reason for the book’s enormous popularity, as readers throughout the west have chosen to gain knowledge of what has become an almost entirely emotive and certainly overly-politicised area.

This newly-released paperback edition has a brand-new chapter written in April 2018. Murray gives a summary of the multiple terrorist attacks in England in the run-up to the General Election 2017, plus atrocities that occurred elsewhere in Europe, and the political and societal ramifications. This encompasses the rise of anti-Semitism (though in the UK there’s more than one cause for that), the Finsbury Park mosque attack, and the elections in Germany in September last year that were a refusal by the populace to endorse the status quo. Reflecting on the book’s longevity in the bestseller lists, the author has earned a moment to eschew false modesty and to point out a resounding silence of meaningful refutation, even pointing to political support for having so precisely hit the bullseye in his assessment the first time around (my words, not Murray’s).

Yet the story runs predictably on and on. Holding back the release of the paperback edition another few months would inevitably have meant an opportunity for the author to cover the recent elections in Italy, and the rising sentiments that led to the Italian electorate’s decisions at the ballot box. It’s a story that shows no sign of slowing down. But to understand the situation from 2015 to the very near present, especially in Germany, the UK, and in migrant camps at the European ports of entry, there is no account to rival The Strange Death of Europe.

If you’re looking for scintillating summertime reading on a topic of huge importance to us all, The Strange Death of Europe is the perfect choice. Although the subject matter is at times troubling, Murray’s prose style is thoroughly engrossing and eminently readable, as those familiar with his sparkling journalistic work will know. Describing complex political issues, he never loses sight of the human cost and the potential for catastrophe. As we are quoted as saying in the paperback’s recommendations: “A compelling, insightful and persuasively argued narrative… a deeply humane book that touches on individual tragedy… It may even prove to be the start of a conversation, and for such a dangerously politicised and neglected subject, that would be most welcome.”

See our review of the hardback edition of The Strange Death of Europe and our in-depth interview with author Douglas Murray.

In this article:Bloomsbury Books, Douglas Murray, The Strange Death of Europe