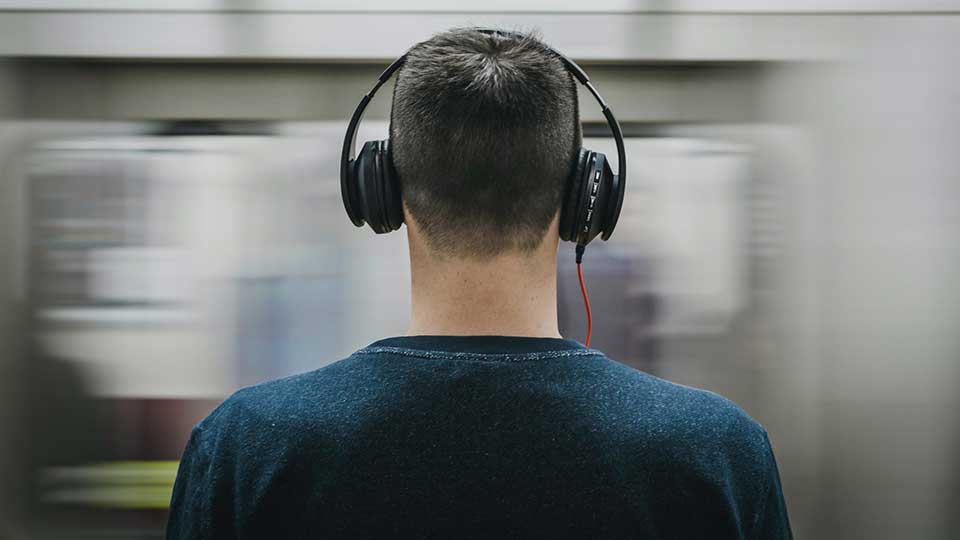 Bibliophiles instinctively preserve time on a daily basis for reading. Our whole lives can be built around these precious moments that become ever more sacred the older one becomes. Simple calculations are dispiriting. If you are early middle-aged, assume you have fifty years left to live, and assume you can read one book per week for the rest of your life, with a fortnight off each Christmas. That’s 2,500 books you have left to read, already with an improbable degree of optimism built into the estimate.

I own at least that number of books already (if I could be bothered to count them). Is there any use in buying new volumes I won’t live to get around to? How much time should I expend discovering the classics I missed at school? Am I morally obliged to read every novel Dostoevsky wrote? Is it OK to sometimes snack on junk food and indulge in a delicious crime thriller? And how do I hone in on the ever-diminishing pool of volumes as the sands of time ebb away? Isn’t being receptive to new titles and shifting tastes essential to widening one’s knowledge?

The increasingly pressing need to be highly selective in reading matter left me amenable to dipping my toe into the world of Audible – the vast online library whose virtual echoing corridors and limitless weightless bookcases contain myriad titles from every genre to experience in a slightly different way.

But is it the same?

Is it the same to read the words on a page or a screen, intuit emphases and imagine the author’s tone of voice as it is to have the words inserted directly into your ears with the narrative decisions imposed on you by a reader? If so, do the differences matter? Is one experience to be preferred to the other? Are they different, but of equal value?

The advantages I already knew were that I could ‘read’, and dispatch a good few chapters during ‘dead’ time – washing up, driving, walking to the supermarket, the dreaded chore of cleaning the bathroom… Filling such mundanities with literature is a boon for the sanity. As a bit of a technophobe, preferring the physical world in general, I was pleased to find the app easy to use and navigate (though you can also connect your Audible account to your Amazon account and use it through your laptop/computer). It’s possible to review titles in your library, to recommend, or not, to other readers. If your spouse walks in to ask about the milk supply situation, there’s a handy button to rewind thirty seconds and listen back.

So far so good. But my virtual shelves were empty.

In choosing where to spend my first few Audible credits, I opted for strong and often disputatious voices from non-fiction, since (at least at the moment), current affairs, politics, science and history form the bulk of my reading. Having enormously enjoyed Douglas Murray’s The Madness of Crowds, a witty and ruthlessly forensic trip through the trigger points of gender and identity politics, and with some awareness of the author’s erudition and articulacy in verbal as well as written forms, it was the first one I tried. I was not disappointed. The gathering of pace when (stripped of melody) the author recites Nicki Minaj’s lyrics coaxing us to ‘look at her butt’ in his epigraph sets the scene, as does the elongation of the final word when he announces, ‘Chapter One: Gay’. You know you’re in the safe hands of a great communicator, and I found traces of irony and humour I had somehow missed when I read it.

Canadian academic Professor Jordan Peterson has often suggested that the themes he writes and speaks about are examined in great detail in his first book, Maps of Meaning. But, he warns, the book can be impenetrable for casual readers, and suggests the audio version is more accessible. Having never read the book, I took the opportunity to find out for myself. At first I was on firm footing, as the author recounted his increasing dissatisfaction with a collectivist worldview. Piece of cake, I thought to myself, pleased with my ability to keep up until forty-five minutes in, at which point the language becomes more complex and academic, which strained my cognitive abilities as I juggled every pot and pan in the kitchen whilst cooking up a Chicken Katsu Curry. There’s something soothing about the author’s voice: I will persevere in less stressful circumstances. I switch back to Murray. Audible remembers my place.

Once you’ve purchase a few titles the recommendations drop in when you select ‘Discover’. There’s a version of Aleksandr Solzhenitsyn’s The Gulag Archipelago narrated by Jordan Peterson [edit: just the introduction – the main text is narrated by Ignat Solzhenitsyn – the author’s son]. My heart-rate quickens. Solzhenitsyn is the vital twentieth century Russian dissident who wrote brilliantly about the corruption and unsustainability of the USSR. Essential reading for Cold War enthusiasts. I have absorbed several of his titles, but this one I’ve been meaning to get around to… Let’s pop it on the wish list.

I was set a challenge when my in-laws bought me a brick for Christmas. Unwrapping the paper, I discovered that the gift wasn’t a lump of masonry but a hardback copy of Andrew Roberts’ biography of Winston Churchill: Walking With Destiny. It weighs in a one thousand pages. Holding it up in bed to read is a health hazard: if I nod off it might crush me. Besides, my arms aren’t toned enough to support its weight for more than two pages at a time. Should I opt for the Audible version, read by actor Stephen Thorne (I know that name – he played many a Doctor Who baddie back in the old days)? No, I’m enjoying the challenge of getting through ten pages a day.

However, I hear from the UK’s two most successful post-war Prime Ministers, who both lasted in the role for over a decade, and who remain loved by some, and incontrovertibly controversial to others. What’s more, they read their own memoirs. Tony Blair, A Journey can be heard from start to finish in little over sixteen hours. That’s only one day assume you do nothing else after breakfast and before bed. He puts his case strongly, not least on the foreign intervention that blew his credibility. Margaret Thatcher, the autobiography (comprising The Path to Power and The Downing Street Years), comes in at under thirteen hours. How different her voice sounds outside of the ruthless world of Westminster and politics. Softer, more feminine. In listening to their accounts of their time in office, unexpected questions can be answered. A conversation with a friend about the origins of Mrs Thatcher’s philosemitism remained a mystery. That is until listening to her recall that, at the outbreak of the war, her family took in Jewish friends from Germany before they could settle with relatives in South America. Mrs Thatcher describes her beautiful seventeen year-old friend Edith, and learns of the world in Hitler’s Germany she has left behind. That the childhood moment makes the final edit reveals its importance.

How many classics should a keen reader aim to take in per year? One? There’s enough Dickens to last decades at that rate. Six? Is there time for much else? And can one go to one’s grave having never read a word of Joyce, or Thackeray, or all of the Brontes? Next on my list is Thomas Hardy’s The Return of the Native. I look forward to hearing it through the honeyed tones of Alan Rickman. I also have my eye on Hilary Mantel’s Wolf Hall narrated by Simon Slater, Booker Prize Winner and modern classic that it is. But I’m part-way through Hermann Hesse’s Steppenwolf. The narrator’s voice is familiar. American. I can’t place him. Peter Weller. Wasn’t he from The Jam? No, that was Paul. I have to look him up. It’s RoboCop! It turns out he has a serious body of work behind him, and his gravelly voice is perfect for Hesse. To a child of the 80s, whatever else he does, he will always be RoboCop. Sorry, Peter. And speaking of favourite actors…

He was the biggest British movie star over half a century ago, but he’s well on the way to being forgotten now, just over two decades after his death. He largely gave up acting in the 1970s and turned to writing, churning out seven autobiographical memoirs and several books. I’ve been working my way through them for over a decade. And yes! Audible has the rights to the audiobooks recorded by Bogarde himself. Cleared for Take-Off is the sixth volume and recounts the author’s time during World War Two, a lot of it harrowing. Yet there’s a psychological truth unusual for actorly memoirs. Bogarde was a private, inscrutable man. There’s much in what he doesn’t say. Maybe that’s why I find his voice fascinating.

Excuse me, do you have a copy of…?

As a wide reader, I was pleased to discover a dizzying selection of books, and not many titles I failed to turn up. As an enthusiast for Ian Fleming’s James Bond titles, I was pleased to find modern recordings by renowned actors including David Tennant, Toby Stephens and Lucy Fleming (Ian’s niece!) I even found several versions of Thucydides’ History of the Peloponnesian War, which I studied as a classicist. Choose your narrator! The world is quite metaphorically my oyster.

The conversion is complete

I knew I had been won over to the Audible cause when I started listening to the books in bed. Whatever kind of day I’ve had, and regardless of how heavy the night has been, I always settle down at night with some reading, or rather, with a book. Else sleep is elusive. Earplugs and a low light have the same effect as reading, without the eye strain, so generally I last longer, which means galloping through more pages. Every time I settle down, the bookmark remembers exactly where I was, and picks up from the place I left it.

Once the pandemic recedes and our pre-2020 lives, with some adjustments, creak back into being, I will be listening to audiobooks on my commute too, and filling in all dead time connecting to the voices that offer some guidance, or even just amusement, as I navigate through life. Now I have more time for books than ever before. Bibliomaniacs rejoice, and join Audible.

Audible is £7.99/month after 30 days of a free trial, and membership renews automatically, but you can cancel anytime. Signing up for that membership plan entitles you to download one book per month, but there are other membership options for more voracious readers. Head over to your Amazon account, or see more at Audible.co.uk.