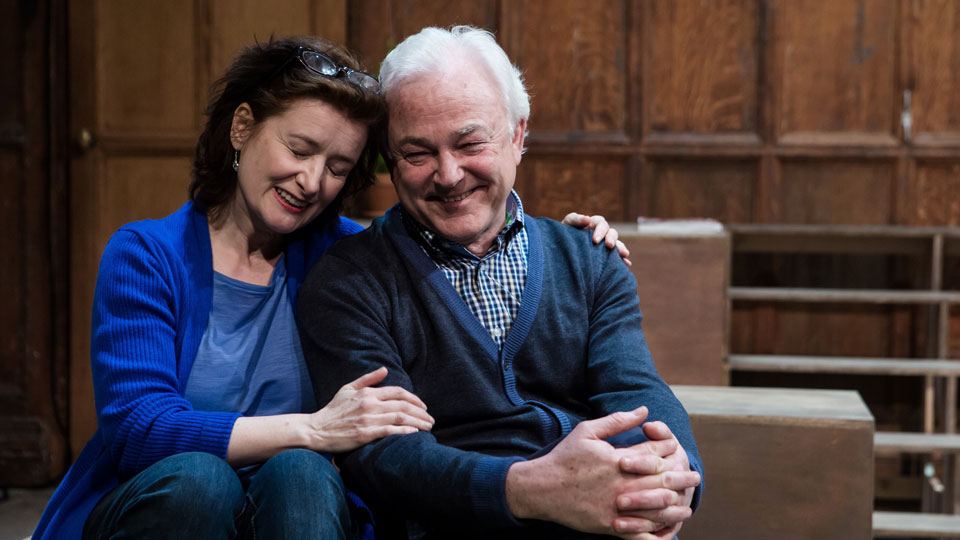 Death. The word is enough to send shivers down most people’s spines. Those that have dealt with bereavement known only too well the heavy pain and the hollow feeling that it brings, especially when you have to deal with it in a sudden and unexpected way. Every One explores the living, death and how it affects those around us. The play revolves around a middle class English family – husband and wife Mary and Joe, their children Mazz and Kevin and Grandma, who all live together. The story journeys their lives and the relationship dynamic in a typical family household, with such realness and accuracy.

Despite being wheelchair-bound and largely unable to speak, Grandma is given some one-liner gems to act out in the little dialogue that she is given and she couldn’t be more genuine or wittier if she tried. Angela Clerkin as Mary and Michael Fenton Stevens as Joe are a touchingly close couple who evoke a real warmness together on stage: they bounce off each other and they are a joy to watch. Mazz and Kevin are typical young adults, just trying to find out who they are and their role in life, their acting is flawlessly natural.

Events change forever in their household when we meet the character Death. Despite the obviously expected gloom that we’d expect from Death, in this show Death is a rather cheery fellow. Death points out everything that is wrong with life, he adds humour to a situation where everyone else is sad and despite being Welsh, it has never crossed my mind that God has ever had a heavy, Welsh-valleys accent! This was met with a lot of laughter!

I identified with all of the characters. I felt that it touched an enormous nerve with myself, as I have gone through a similar experience and of losing my mother at a young age (28) myself. Seeing your mother deteriorate from an energetic and full of life woman, to a weak and frail person and to someone you don’t recognise is enormously painful and it changes your outlook and life forever. Such were their genuine performances, the theatre was full of tears, people crying and biting their lips hard. I had a heavy lump in my throat, mixed with a sense of poignancy after seeing this play. Death is something that we all have to face.

This show has won numerous awards and it wholeheartedly deserves them all. I would urge you to see Every One: it is quite wonderful and extremely touching, witty and honest.