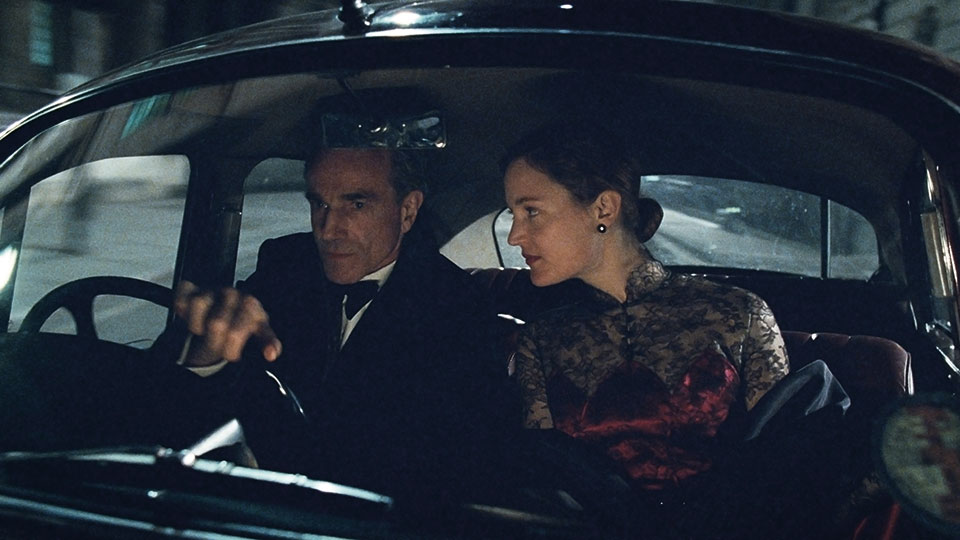 Phantom Thread is Paul Thomas Anderson’s most accessible film since Boogie Nights, and also one of his most deliciously surprising. Bearing all the hallmarks of a gothic tinged romance, this is Anderson’s first film in years where you feel as though you know where it might be heading. It teases the viewer into comfortable and familiar outfits, before elegantly thrusting us into a sartorial and masochistic nightmare.

The film is set in London during the 1950s. Reynolds Woodcock (Daniel Day-Lewis) is a world-renowned designer and dressmaker. Like a proto Versace, he runs his fashion house / actual home with his matronly sister Cyril (Lesley Manville on sensational form). Theirs is a world of routine and order and specificity, all designed to provide the ideal conditions for Reynolds to work. Then he meets his latest muse, Alma (Vicky Krieps) a seemingly docile young thing, surely destined to be seduced and destroyed by this cruel and powerful older man. But as with Anderson’s film, Alma is full of surprises.

Anderson’s control over his material is exquisite. Essentially a romantic drama, but spiked with equal doses of acerbic comedy and disturbing human behaviour, Phantom Thread is so much more than the sum of its parts. Thematically rich and textured, Anderson weaves into the fabric of his film fascinating examinations into the dark psychology of love and dependency, as well as more familiar explorations into creation and destruction, and the relationship between art and the artist.

The film carries the added significance of being Daniel Day-Lewis’s final screen performance following his decision to retire from acting. His previous collaboration with Paul Thomas Anderson resulted in one of the great performances of all time. Here he is no less magnificent, but on a completely different level.

Where Daniel Plainview in There Will be Blood was this mighty, ferocious oil man, Reynolds is quiet and still. He is specific, ritualistic, and needy. Naturally, being Daniel Day-Lewis he went full method and spent a year in the costume shop of the New York City Ballet learning to sew, and drape, and measure authentically. But it’s not the research that impresses, it’s the grace notes, the colours and textures he brings to the character, the way he moves, the pitch of his voice.

We can only hope that Day-Lewis reverses his decision to retire from acting, but if not, he has capped off his peerless career with another astonishing piece of work. And he is matched scene for scene by the remarkable Vicky Krieps, a virtual unknown outside of her native Luxembourg. It’s hard to talk about her performance, and the emotional arc she brings to Alma without giving away some of the films more fascinating aspects. However, she is brilliant. The lack of awards recognition around her performance remains the biggest travesty of the 2018 award season.

The blu-ray disc for this release comes with a few additional extras, the best of which is a series of camera tests that can be viewed with optional commentary from Paul Thomas Anderson. You should definitely watch them with the commentary. These provide a fascinating insight into the final stages of pre-production, and will definitely appeal to those looking for something a little more technical when it comes to behind-the-scenes footage. These screen tests are for locations, costumes, production design, lighting, lenses, and film stocks, with Anderson talking about how these fed into the style and feel of the finished film.

There is also five minutes of deleted scenes accompanied by Jonny Greenwood’s beautiful score. As well as this we have a House of Woodcock fashion show – a short version of the fashion show from the film, presented like an old news item, narrated by Adam Buxton. This is a fun little extra, but also provides a bit more information about the dresses designed for the film. Finally there is a selection of behind-the-scenes photographs by Michael Bauman, which are again accompanied by Greenwood’s music.