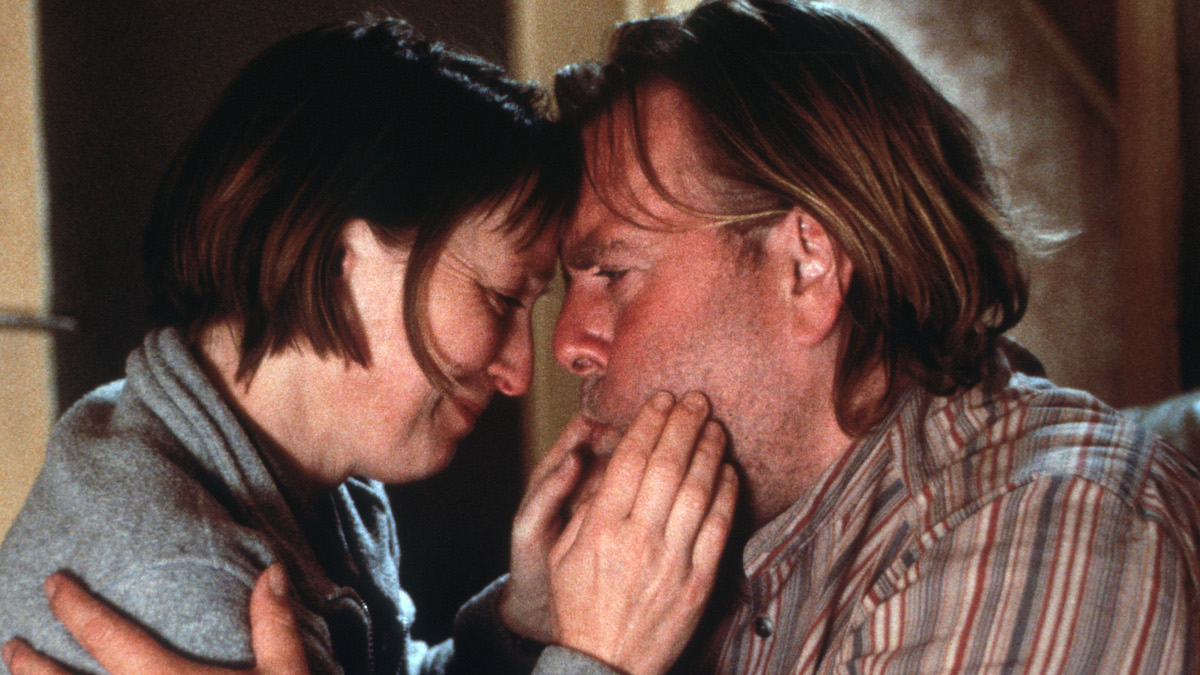 Following the terrific recent releases of ‘Topsy Turvy’ and ‘Secrets & Lies’ from Criterion, more titles from Mike Leigh’s acclaimed back catalogue are now getting the lovingly curated 4K restorations they deserve. Thanks in part to the BFI’s Mike Leigh season, in the next few weeks we are getting new releases of ‘Vera Drake’, his controversial masterpiece ‘Naked’, and his Palme d’Or nominated kitchen-sink drama ‘All or Nothing’.

The latter is being released by Studiocanal, with the restoration having been approved by the film’s cinematographer Dick Pope. Concerned with the lives and loves of three families on a South London housing estate, ‘All or Nothing’ paints a bleak portrait of working-class folk trying to get by in their daily lives. Timothy Spall is Phil, a minicab driver consumed with loneliness and voiceless desperation. His wife Penny (Lesley Manville) works behind the checkout at a supermarket. They live in a small flat with their two grownup children, the timid care home worker Rachel (Alison Garland) and the overweight and obnoxious Rory (James Corden in one of his earliest screen credits).

The brilliant Ruth Sheen plays single parent Maureen. She is Penny’s best friend and co-worker at the supermarket. Her daughter Donna (Helen Coker) is in an abusive relationship with her boyfriend Jason (Daniel Mays). Penny’s other close friend is Carol (Marion Bailey), who is struggling with alcoholism. She is married to Ron (Paul Jesson) one of Phil’s colleagues from the minicab office. Their attractive teenage daughter Samantha (Sally Hawkins in her first credited role) causes mischief on the estate, teasing the boys, unaware how obsessed one of them has become with her.

The performances elicited from Leigh’s famous workshopping method are terrific, especially from Spall, Sheen, and Hawkins. The film has all the usual humanity and empathy you expect from Leigh, as well as the occasional flashes of humour. Dick Pope’s cramped lensing keeps the action constrained and claustrophobic, visually emphasising that these are lives which are boxed in and limited. Phil and Penny are miserable, and only putting up with each other because they don’t know anything else. They can’t see an alternative.

If you’re going to make such a depressingly jaded film, the material needs to transcend the misery. I personally felt that there was no meaning to any of it beyond “look at how these poor people live”. Maybe that was the point, to show us real life. But the problem is, none of it feels very real. It feels theatrical, and the characters tip over into caricature. With the mournful and melancholic score laying it on thick in nearly every single scene, the film never becomes more than just a collection of very sad people living very sad lives. And across two-hours, it makes for an agonising watch.

This new release comes with 40-minutes of brand-new interviews with the cast of film. There are contributions from Lesley Manville, Daniel Mays, Ruth Sheen, Marion Bailey, and James Corden. They talk about the Mike Leigh “process” – nearly six-months of workshopping in a school in Greenwich. It’s quite the coup having Corden involved, but when you hear him talk about Leigh, it is obvious that this film was a huge deal for him in the early days of his career. There are also two more brand new in-depth interviews with cinematographer Dick Pope, and Mike Leigh himself.