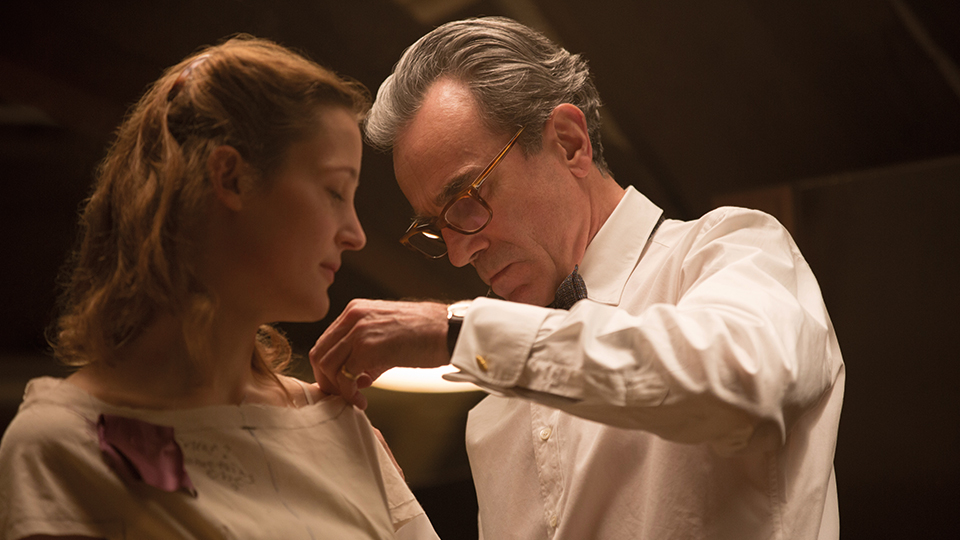 Winner of Best Costume Design at the Academy Awards earlier this year, Phantom Thread stars Daniel Day-Lewis (There Will Be Blood), Lesley Manville (Maleficent) and Vicky Krieps (Hanna). The film tells the story of fashion designer Reynolds Woodcock, whose life is disrupted when he falls in love.

Phantom Thread is set in the glamour of 1950’s post-war London. Renowned dressmaker Reynolds Woodcock (Day-Lewis) and his sister Cyril (Manville) are at the centre of British fashion, dressing royalty, movie stars, heiresses, socialites, debutants and dames with the distinct style of The House of Woodcock. Women come and go through Woodcock’s life, providing the confirmed bachelor with inspiration and comfort, until he comes across a young, strong-willed woman, Alma (Krieps), who soon becomes a fixture in his life as his muse and lover.

Written and directed by Paul Thomas Anderson, Phantom Thread reunites Anderson with Day-Lewis. The movie picked up five nominations at the Oscars including Best Picture, Best Actor and Best Director.

The Blu-ray, DVD and Digital versions are packed with bonus features, taking you behind-the-scenes of the movie and immersing you deeper into its world.

Blu-ray and DVD special features include:

In this article:Daniel Day-Lewis, Phantom Thread